Mozambique announced on Monday the indictment of 18 individuals in connection to the US$2 billion “tuna bonds” scandal that plunged the country into its worst financial crisis since independence. 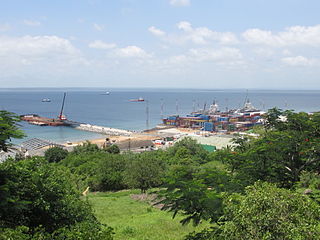 The port of Pemba town in northern Mozambique (Photo: Ton Rulkens, CC BY-SA 2.0)The defendants are charged with “committing crimes of abuse of office or function, of trust, embezzlement and money laundering,” according to a government statement.

One suspect is former finance minister Manuel Chang who was arrested in South Africa on December 29 and awaits extradition to the United States.

The US attorney’s office in New York indicted Chang for crimes related to corruption and bribery, alongside three additional suspects. The indictment claims Chang received payments from a bank account in the United Arab Emirates via the United States.

In 2013, Mr Chang approved $2 billion of government loans from Credit Suisse and Russian bank VTB Capital, partially concealing them from donors including the International Monetary Fund (IMF). At the time this constituted 12.5 percent of Mozambique’s GDP.

The loans funded maritime projects including a state-owned tuna fishery. However an estimated 10 percent was diverted into bribes and kickbacks.

Mozambique defaulted on the loans in January 2017, plunging one of the world’s poorest countries into a financial crisis with debt soaring to 112 percent of GDP by the end of the year. Donors including the IMF and World Bank suspended aid after learning the full extent of the secret loans.

Three former employees of Credit Suisse involved in the deal are also listed in the US indictment. They are accused of creating the maritime projects as fronts in order to “pay at least $200 million in bribes and kickbacks to themselves, Mozambican government officials and others.”

They were arrested and released on bail in London last Thursday, charged with conspiring to commit bribery, money laundering and securities fraud.

The ongoing charges in Mozambique may likely reignite political tensions as the country heads towards national elections in October this year.