A suspected mafia boss and one of Italy’s most wanted fugitives since 2016 was arrested in Dubai after spending years on the run from the Italian police, authorities announced last week. 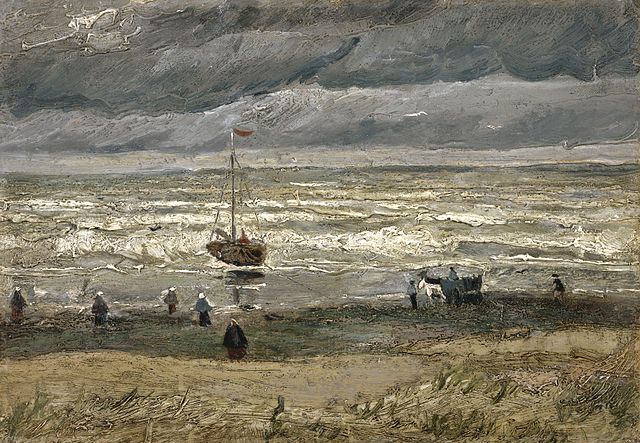 Van Gogh’s “View of the Sea at Scheveningen,” (1882) was one of the two paintings stolen from the Van Gogh Museum in Amsterdam in 2002. (Photo: Van Gogh Museum, Wikimedia, License)Raffaele Imperiale, 46, who was on the list of Italy’s most wanted fugitives since 2016, was a top drug trafficker in the Camorra, one of the largest and most well-known organized crime syndicates in Italy.

The mobster is also linked to the 2002 theft of two early van Gogh paintings from the Van Gogh Museum in Amsterdam.

“Thanks to articulated and complex investigations and fruitful international judicial and police cooperation, also through the agencies of Interpol and Europol, it has been possible to bring to justice a leading exponent of international drug trafficking and money laundering, who has accumulated huge illicit assets mainly thanks to the sale of cocaine,” Italy’s Interior Ministry said.

The Dutch painter’s View of the Sea at Scheveningen and Congregation Leaving the Reformed Church in Nuenen — which Italian police described to possess “inestimable value” — were recovered in 2016 from an old farmhouse on his property in Castellamare di Sabia, the town near Naples where Imperiale was born.

Police found the paintings stashed behind a wall during an investigation of the Amato Pagano clan of the Camorra.

Imperiale’s alleged criminal career launched in the 1990s when he was living in Amsterdam and making his mark in the Neapolitan underworld. He is believed to have soon become a primary liaison between the Camorra and cartels in South America, maintaining strong ties to the mafia underworld despite frequent feuds between clans.

According to Italian news agency Ansa, it was no secret that Imperiale was living luxuriously in Dubai before his arrest. In 2017, he was spotted with Dutch-Moroccan drug lord Ridouan Taghi, Irish mob boss Daniel Kinahan, and Bosnian drug trafficker Edin Gačanin in Dubai’s Burj Al Arab hotel.

Imperiale is currently awaiting extradition from the UAE to Italy.