In the Balkans, Online Resources Fuel the Illegal Antiquities Trade

Social media tools and a lack of interest by law enforcement has boosted the illegal antiquities trade in the area of former Yugoslavia and the wider regions of the Western Balkans according to a new study published in the Journal of Computer Applications in Archaeology. 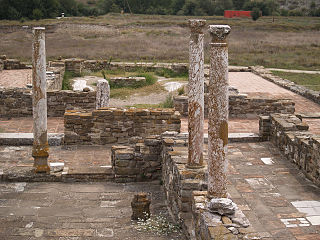 The decade of war which tore the region apart in the 1990s, also gave a boost to the Illegal antiquities trade. (Photo: Dave Proffer, Flickr, License)“The perception that art and antiquities can be cheaply purchased or easily stolen or smuggled or trafficked can do serious political damage to the societies where those things happen,” the study by criminologist Sam Hardy explained.

One tangible example of that is a scandal which broke in December last year when it was revealed that an Eastern Orthodox icon gifted to Russian Foreign Minister Sergei Lavrov by a Bosnian Serb politician was in fact smuggled out of war torn regions of Ukraine.

The Balkan states position between Middle East conflict zones and Western Europe makes it a natural transit route for traffickers, however, the illegal artifacts that pass through former Yugoslavia don’t just come from outside. There’s no shortage of looting of local sites as well.

“It's one of those places where there are archaeological remains from a lot of societies that are interesting to powerful collectors in more powerful countries,” Hardy told the OCCRP. “It’s clear that lots of stuff is coming out of the ground as well as the material which is being funneled through the country.”

Archaeologists in the region know that fact well, as they’ve come into conflict with the traffickers in the course of their work.

“As elsewhere in the Balkan-Eastern Mediterranean region(s), so in former Yugoslavia, archaeologists are threatened by looters and there have been ‘physical clashes’ between looters and archaeologists,” the study said. “Organised crime groups who also handle drugs and arms, have been involved in cultural property crime in former Yugoslavia for decades.”

The illegal antiquities trade is a multi-billion dollar global industry according to a 2018 report by Standard Chartered Bank,

“You cannot look at it separately from combating trafficking in drugs and weapons. We know that the same groups are engaged, because it generates big money,” said Catherine de Bolle, Executive Director of Europol after a major crackdown on the illegal antiquities in May of 2020.

The decade of war which tore the region apart in the 1990s, also gave a boost to the trade.

However in comparison to other types of trafficking often performed by the very same groups, law enforcement has been notably lax.

“Police officers are notorious as collectors of antiquities and protectors of ‘untouchable’ dealers and looters,” Hardy’s study said. “Meanwhile, politicians, politically-exposed persons and other members of the political/business elite are notorious for assembling private collections of looted antiquities, to launder dirty assets and to accumulate social capital.”

While police turn a blind eye, looters and traffickers often hawk their illicit goods almost out in the open on public sites like Facebook, Ebay and Instagram as well as local sites.

It’s not unique to the Balkans, but online forums have allowed local criminals to learn from counterparts around the world.

According to Hardy, real solutions require changes in law enforcement not just in source countries but also in the wealthy market countries of western Europe and the U.S.