Organized criminal groups may be looking to exploit furloughed border workers who could provide information about the border to them in exchange for money, the UK’s National Crime Agency warned in an alert last week. 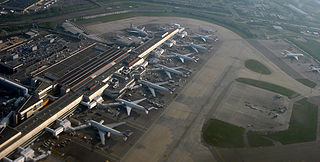 In 2018, smugglers were revealed to have multiple informants in London's Heathrow Airport. (Photo: Mario Roberto Duran Ortiz, Wikimedia, License)“Life has been difficult for everyone during the COVID-19 pandemic, including staff who work at the border, but organised criminals are alive to the opportunities this presents,” explained NCA Borders Threat Lead Beki Wright.

Out of work and out of pay, airport and port workers may be vulnerable to recruitment via bribery or other incentives.

“The prospect of having your bills paid in exchange for disclosing knowledge about the U.K. border might seem appealing, but the people behind these offers are high-harm criminals responsible for drug smuggling, gun running, money laundering and people trafficking,” Wright said.

According to the NCA, smugglers and traffickers have long used such informants.

“In recent years NCA investigations and intelligence has identified examples of organised criminal networks targeting those working at ports and airports, parcel hubs and delivery centers. While the numbers are relatively low, the impact of such corrupt insiders can be extremely high,” said the NCA statement.

In 2018, smugglers were revealed to have multiple informants in London's Heathrow Airport, as they attempted to smuggle hundreds of kilos of cocaine into the country.

In 2020, a British dock worker was found with over US$200,000 worth of drugs and thousands of dollars worth in bribes, along with a so-called  “Encro-device” - a phone equipped with a specially encrypted messaging service used by organized criminals.

“We are aware that staff can be contacted via social media channels and would urge anyone who has been approached in this or any other way to contact us immediately,” Wright said. “Your actions could help prevent serious criminality.”

The U.K. isn’t the only place where the economic hardship brought on by the COVID-19 pandemic has created an opening for organized crime’s infiltration.

Since the start of the pandemic, it’s been a major issue in Italy as well.

With millions out of work and government relief efforts struggling to keep up, experts feared that the mafia would step in to take their place.