France indicted a former justice minister with corruption, accusing her of accepting a substantial amount of money from the former CEO of the Renault-Nissan alliance Carlos Ghosn as lawyer’s fees, but prosecutors suspect the sum could be an illegal form of lobbying. 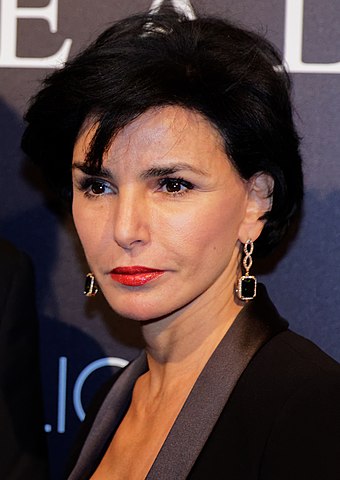 Dati had had a long political career and was a close ally of former President Nicolas Sarkozy. (Photo: Thesupermat, Wikimedia, License)Minister of Justice Rachida Dati Dati, currently the mayor of Paris’s 7th arrondissement, responded to the charge on Twitter, questioning whether the investigation was being “used for political ends.”

France’s financial crimes unit accused Dati of both "passive corruption by a person holding an elective mandate" and of "benefiting from abuse of power,” according to local news.

The accusations are linked to alleged work she did for Ghosn between 2010 to 2012 when she was also a member of the European Parliament.

According to news site France 24, Dati received 900,000 euros (US$1.06 million) in lawyer's fees during that period but if those turn out to be illegal payments, she could sit up to 15 years in prison.

At the time, Ghosn was the chairman of the Japanese carmaker, as well as the head of Mitsubishi and France's Renault. Dati's contract committed her to helping with Renault's international expansion, according to France’s Le Monde newspaper. She was also reportedly asked for her work with Ghosn to be kept strictly confidential.

Unrelated to his dealings with Dati, Ghosn was arrested in 2018 in Tokyo on allegations of under-reporting his earnings and misusing Nissan’s assets. He dramatically escaped Japan because he believed he would not receive a fair trial, and was smuggled out in a box while out on bail in 2019.

Dati had had a long political career and was a close ally of former President Nicolas Sarkozy, who himself was sentenced to prison earlier this year over corruption charges. Dati served in Sarkozy's government between 2007 and 2009 and was his election campaign spokeswoman.