A whistleblower, who exposed corruption unfolding beneath the surface of a global oil company, touched down in his hometown of Southampton on Tuesday after being detained in Croatia for over a year on an Interpol Red Notice issued after the company sued him. 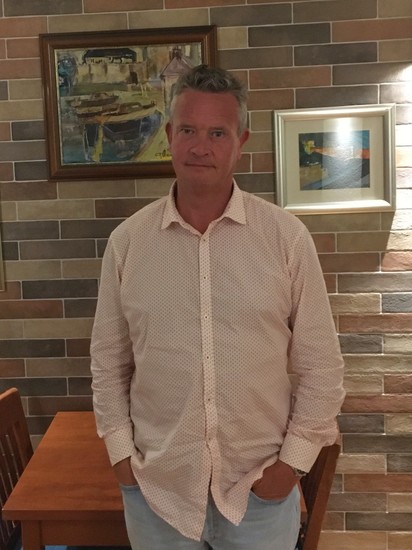 Whistleblower Jonathan Taylor (Photot: Twitter)The Whistleblowing International Network, WIN, welcomed Croatia’s decision to release Jonathan Taylor to the U.K. and tweeted a “big thank you to all the civil society supporters & shout out to the amazing experts on his support team who worked so hard together with Jonathan and his family and made a difference.”

In 2013, Taylor laid bare how the Monaco-based Dutch company, SBM Offshore, was bribing government officials in exchange for juicy contracts. Taylor revealed that in only five years, SBM paid government authorities over US$250 million in bribes.

Following an investigation into Taylor’s claims, the company was charged over $800 million in fines across the U.S., Brazil, and the Netherlands. The accusations also were central to the “Petrobras scandal,” a corruption scheme between SBM and Brazilian government officials.

After blowing the whistle, Taylor moved from his post for SBM in Monaco back home to the U.K. but the company lodged a criminal complaint against him. Taylor said he would comply with questioning, but only from the U.K.

However, last July he went on vacation to Croatia with his family and was arrested as soon as he landed in the coastal city of Dubrovnik. Croatian police acted on an Interpol Red Notice issued by Monaco. The principality tried to have him extradited, claiming that he had extorted SBM for money in exchange for his silence. Taylor denies these claims.

Eventually, Interpol withdrew its Red Notice, but the extradition proceedings continued and Taylor was forced to stay in Croatia. He appealed this decision with the Croatian Supreme Court, which upheld the extradition request. He then turned to Croatia’s Minister of Justice. Eventually Minister Ivan Malenica rejected Monaco’s request and allowed Taylor to go home.

Toby Cadman, Taylor’s lawyer, also echoed gratitude for the decision, but expressed to the OCCRP on Wednesday that the case should have never gotten to this point in the first place.

“At the outset of this case we indicated that the targeting of Jonathan had wider implications and was indicative of our failures towards protecting whistleblowers and investigative journalists worldwide,” Cadman wrote in an email to the OCCRP. “The necessary intervention by the Croatian Minister of Justice and to some extent the representations made by the UK Foreign office will go some to restoring the trust we place in Governments to act in such cases.”

Detainment in Croatia wasn’t easy for Taylor. When he alerted authorities about his mental health, he was violently held in a psychiatric ward against his will. Back at home, Taylor lost his job, and his wife separated from him.

Even still, Taylor was not deterred in his desire to hold power accountable and continued to publicize graft within SBM. He released information to the media detailing the company’s involvement in a deal that paid millions to a Panamanian company run by a corrupt Angolan official.

"Be assured that I remain resolute and proud of exposing serious wrongdoing at SBM Offshore and I will never be intimidated by the corrupt and those that shamefully seek retaliation," Taylor said in a statement earlier this month.