The fallout from an international investigation that exposed how authoritarian governments are using Israeli-made spyware to target journalists and activists rippled around the world on Monday, eliciting shock, anger, and some wry humor. 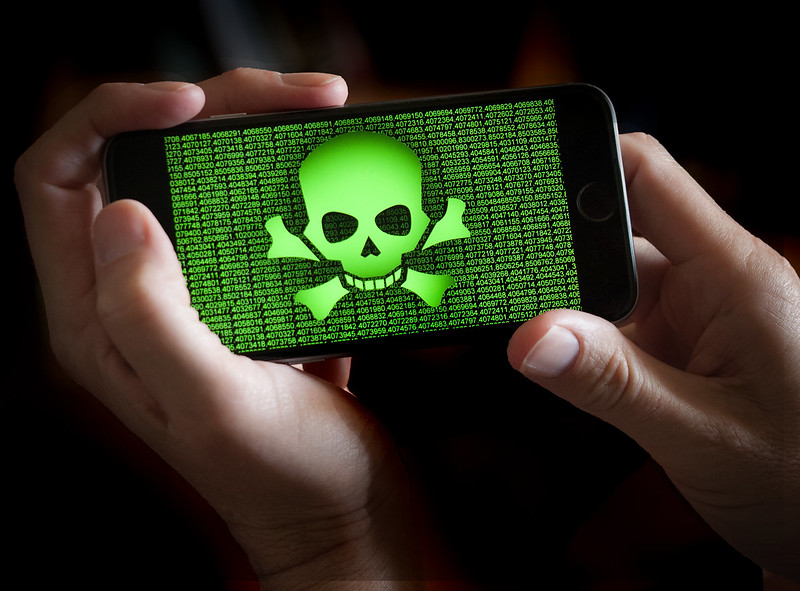 Hatice Cengiz, fiancée of murdered Washington Post columnist Jamal Khashoggi, said she was “deeply shocked” to find out her phone had been hacked in the days after his murder.

“This was the worst time of my life and yet the killers were spying on me,” she wrote in a Twitter post. “They have no shame. They must be brought to justice.”

Madawi al-Rasheed, a prominent Saudi academic living in the U.K. who had also been surveilled, wrote that “an axis of evil is developing in the Middle East to spy on activists and suffocate democracy — KSA [Saudi Arabia], UAE and Israel.”

The information came from 50,000 leaked phone numbers that were allegedly selected for targeting by governments using NSO Group software. The program, known as Pegasus, can steal personal data, read conversations, and switch on microphones and cameras at will.

Whistleblower Edward Snowden, who in 2013 exposed secret mass surveillance by the U.S. National Security Agency, said governments must impose a global moratorium on the international spyware trade or face a world in which no mobile phone is safe.

“If you don’t do anything to stop the sale of this technology, it’s not just going to be 50,000 targets. It’s going to be 50 million targets, and it’s going to happen much more quickly than any of us expect,” he told the Guardian, which worked on The Pegasus Project.

Will Cathcart, the head of WhatsApp, urged companies and governments to “hold NSO Group accountable” for building spyware used to “commit horrible human rights abuses all around the world” in light of the revelations.

Reporters Without Borders, an international non-profit that works to safeguard the right to freedom of information, announced its intention to bring legal action against those responsible for this mass surveillance on Monday.

“Pegasus is a vile and loathsome tool, invented by digital mercenaries and prized by ‘press freedom predators’ for use in persecuting journalists,” said Secretary-General Christophe Deloire.

The National Congress political party, who Gandhi led during India’s 2019 national elections, said on Monday that if the revelations are true, it would be “nothing short of treason.” The Press Club of India called the findings “unprecedented” and “disturbing.”

Modi’s government dismissed the reports, however, saying in a statement: “The allegations regarding government surveillance on specific people has no concrete basis or truth associated with it whatsoever.”

Hungarian Prime Minister Viktor Orban’s office, which has long been accused of suppressing press freedom, also denied it has been spying on OCCRP’s member center, Direkt36.

“Hungary is a democratic state governed by the rule of law, and as such, when it comes to any individual it has always acted and continues to act in accordance with the law,” they said in a statement published by The Washington Post. “In Hungary, state bodies authorised to use covert instruments are regularly monitored by governmental and non-governmental institutions.”

In authoritarian Azerbaijan, where those targeted included renowned investigative journalist and OCCRP partner Khadija Ismayilova, some of those who were being surveilled vowed to take their fight for privacy to court.

Sevinj Vaqifqizi, who works for independent Azerbaijan-focused news organization Meydan TV, said she would appeal to the European Court of Human Rights after forensic analysis of her phone confirmed it had been infected with Pegasus software.

“They listened to me too. I always knew that, but now it's official,” wrote Azerbaijani lawyer Elchin Sadigov, who has represented political activists and journalists, whose name was also on the list of potential targets. “I will fight in court.”

Ramin Deko, a reporter from Radio Liberty’s Azerbaijani service, denounced Baku’s “shameful” conduct targeting not only journalists and activists but their friends and relatives, in a post on his Facebook page. “This was a very shameful event in the name of the state,” he wrote.

Others who had been targeted reacted with wry humor. Youth activist lkin Rustamzade said he has changed the background on his phone to a picture of President Aliyev for the hackers. Well known blogger, Mehman Huseynov, thanked the president for his attention, saying it appeared the government started spying on his phone soon after he was released from prison.

NSO Group denied the journalistic consortium’s findings, describing them as “uncorroborated theories” that rely on information that has “no factual basis” and came from an “unreliable” source. A spokesperson later added the group is “investigating everything.”

Israel said it “does not have access to the information gathered by NSO’s clients.”