Moldova’s Central Election Commission confirmed on Monday the victory of President Maia Sandu’s Party of Action and Solidarity (PAS), which claimed its top priority is to fight corruption through judicial reforms. 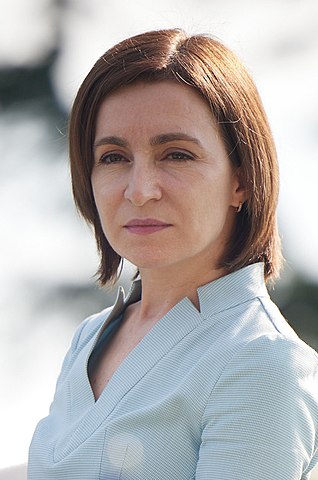 Moldova, wedged between Romania and Ukraine, has struggled with poverty and corruption for years. (Photo: Пресс-служба Президента Украины, Wikimedia, License)Just under half of eligible voters turned out to the polls on Sunday’s parliamentary elections and gave the PAS 52.8 percent of their votes. The former ruling party, the Electoral Bloc of Communists and Socialists (BECS), earned 27.2 percent.

This means that, at least until the next presidential election, PAS will be relatively unobstructed from pursuing its pro-EU, anti-corruption agenda.

“As president, I promise you, in the next few years, I will do everything in my power so people can vote more easily without pressure and electoral corruption,” Sandu wrote in a statement following the election. “I hope today will be the end of the reign of thieves in Moldova.”

Of the 101 seats available in the parliament, 63 are expected to go toward PAS, while BECS is set to receive 32 seats. The remaining six seats will be held by the Șor Party, which is expected to receive six seats. No other party received the baseline vote count to earn a parliamentary seat.

The elections were competitive, well-administered and transparent, according to an election report issued by the Organisation for Security and Cooperation in Europe (OSCE) Office, though potential shortcomings will continue to be investigated.

The July 11 elections were called on after the resignation of former Prime Minister Ion Chicu, which meant that Parliament had to form a new government in three months. After the three month period passed, Moldova’s highest court permitted Sandu to dissolve the Parliament and call on new elections.

Sandu, who worked at the World Bank prior to entering the political arena, supports stronger ties with the European Union and ran on an anti-corruption platform. She won the 2020 presidential election against Russian-backed incumbent Igor Dodon, but has worked with a parliamentary majority of Dodon-allied lawmakers up until now.

Moldova, wedged between Romania and Ukraine, has struggled with poverty and corruption for years.

“Moldovan politicians and their oligarchic patronage networks have for decades treated the state apparatus as a source of profit, and the country has experienced a multitude of embezzlement and money laundering scandals orchestrated at the highest level of government,” said a Transparency International country report published last July.

In 2014, in the heftiest bank fraud in the country’s history, a sum of US$1 billion — more than an eighth of Moldova’s GDP at the time — suddenly disappeared from three of the largest Moldovan banks. The scandal implicated businessmen, government officials and offshore company executives, rocked the Moldovan economy, and generated mass public protests.

The report also said that state capture has occurred in all three branches of government and noted the prevalence of state-sponsored organized crime from 2013 to 2019. Moldovans have reported one of the lowest levels of trust toward their government among countries in Europe.