The French Gendarmerie and the Moldovan Border Police arrested nine people suspected of being members of an organized crime group involved in a scheme to defraud the French budget of 2 million euro (US$2.36 million), Europol said in a statement on Monday. 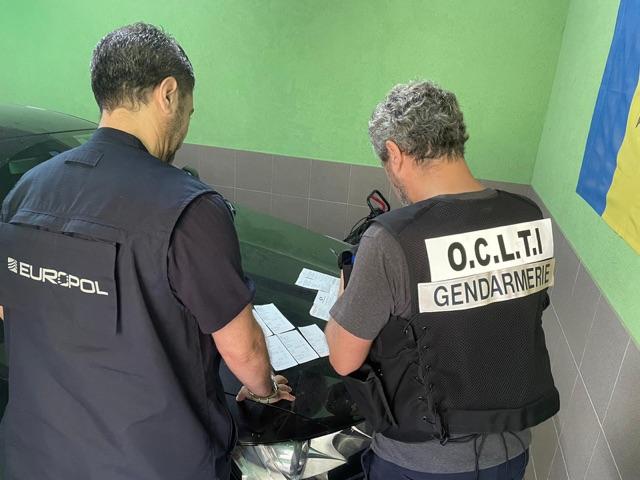 The French Gendarmerie and the Moldovan Border Police arrested nine people suspected of being members of an organized crime group involved in a scheme to defraud the French budget of 2 million euro (US$2.36 million). (Photo: Europol)About a hundred police officers searched seven houses in Paris and 25 in Chișinău, and arrested eight Moldovans and one French national believed to be involved in large-scale financial fraud, damaging the French immigration fund.

The investigation revealed the intricate strategy devised by this organized crime group, according to Europol.

“The criminals recruited over 1,000 Moldovan nationals to apply under false pretences to a programme funded by the French Office for Immigration and Integration and the French Ministry of Foreign Affairs,” read the statement.

The program - known as the ‘Migration Co-Development Program in Moldova’ - aims to assist Moldovan migrants in their social and economic reintegration, if they have volunteered to return to Moldova from France.

The group would take recruits to Paris by bus and have them apply for financial assistance under the French government’s program using fake documents. They would then return to Moldova immediately, collecting between 700 and 1,350 euro ($826 to $1,594) for their role in the scam.

Europol also said it had deployed four of its experts from its European Financial and Economic Crime Centre (EFECC) “to assist the authorities in France and Chișinău with the cross-checking of operational data in real-time.”