A Vatican court has summoned 10 people for trial, including a cardinal, over a controversial London property deal that incurred a loss of more than US$21 million and embroiled the Holy See in a scandal. 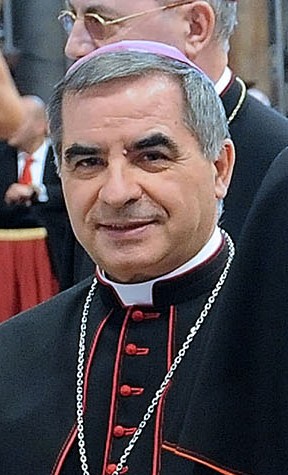 The Vatican News Service reported that in 2013 and 2014, the Secretariat borrowed $200 million from Credit Suisse in order to invest in London luxury real estate through a capital fund run by financial broker Raffaele Mincione, who is among those charged. Because of the risky investments made by Mincione, the Vatican incurred the multi-million loss.

The property in question — a 16,000 square meter office and retail space in London’s posh Chelsea neighborhood that could also be converted into a luxury apartment building — is said to have cost the Vatican more than $400 million in total in 2018.

The money was obtained in part from individual donations made out to the Pope’s charity fund.

After losing money from the initial investment with Mincione, the Secretariat then tried to purchase Mincione’s stakes in the building. That payout plan, amounting to more than $50 million, was entrusted to another broker, Gianluigi Torzi, who was able to extort $17.8 million from the Secretariat after allegedly collaborating with Mincione and inserting a clause in the contract that gave him full voting rights in the deal. Torzi was arrested in London in May.

The investigations “have brought to light a vast network of relationships with operators in the financial markets that have generated substantial losses for the Vatican finances, having also drawn on the resources intended for the personal charitable works of the Holy Father,” according to a Saturday press release from the Holy See Press Office.

Cardinal Becciu, once a contender for the Papacy, had originally not been a part of the case, but he came under scrutiny last May when judges accused him of “interference” in the investigation. Becciu also allegedly directed the Secretariat to give Cecilia Marogna around $650 million in funds intended to support humanitarian missions in Africa and Asia.

Cardinal Becciu had been forced by the Pope to resign last September because he allegedly gave nearly $1 million in donation funds to his brother.

The former cardinal released a statement through his lawyers claiming that he has been "victim of an organized plot” and "unparalleled attacks in the media." He said that the court will “see the absolute falsity of the accusations."

Besides the former cardinal, several of those indicted have served in high-ranking positions in the Holy See. Others are powerful financial brokers, lawyers, and former administrative staff of the Secretariat. A court subpoena was also filed against several financial companies.

Investigators from the Vatican have worked with several other foreign countries, including Italy, the United Arab Emirates, Great Britain, Jersey, Luxembourg, Slovenia, and Switzerland.

They launched the investigation in July of 2019 after being alerted of a possible corruption scheme by the Vatican’s auditing office and the Institute for the Works of Religion.

The Holy See Press Office said that the judicial process is connected with Pope Francis’ reforms to increase the transparency of Vatican finances — “a work that, according to the hypothesis of the prosecution, was countered by illicit and detrimental speculative activities on a reputational level.”

Last December, Pope Francis officially stripped the Secretariat of State of all its financial assets and real estate holdings in response to the monthslong financial investigation.

AIF, the Vatican’s supervisory financial authority, has been also scrutinized for supposedly overlooking the “anomalies of the London transaction — of which it had immediately been informed — especially considering the wealth of information acquired as a result of intelligence activity.”

René Brülhart, who formerly served as the president of the Vatican's Financial Information Authority (AIF), has being charged with abuse of office. Tommaso di Ruzza, AIF’s former director, is being charged with embezzlement and violating confidentiality.

The first court hearing has been set for July 27.