Secret meetings or messages between politicians and lobbyists would be banned in Australia’s New South Wales (NSW) as part of a series of reform recommendations being pushed by the state’s anti-corruption commission. 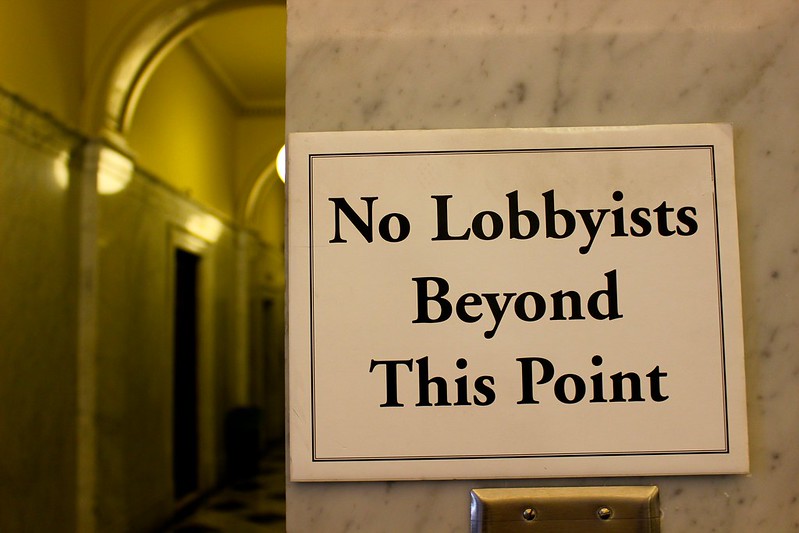 Secret meetings or messages between politicians and lobbyists would be banned in Australia’s New South Wales (NSW) as part of a series of reform recommendations being pushed by the state’s anti-corruption commission. (Photo: Daniel Huizinga, Flickr, License)Among the 29 recommendations offered in a sweeping new report last week, the Independent Commission Against Corruption (ICAC)  said details about fundraising events at which donors get exclusive or private access to officials should be publicly released.

The recommendations are the results of ICAC’s investigation into the state’s lobbying regulations known as “Operation Eclipse”, which was launched in February 2019. The group also urges an expansion of the “Lobbying Code of Conduct” and a ban on lobbyists giving officials gifts.

Peter Hall, the ICAC Chief Commissioner, noted that lobbying contributes to positive outcomes in the public interest if conducted ethically and honestly. But, he said, the Operation Eclipse investigation has “shown that lobbying, access and influence can result in favoritism, or even corrupt conduct, and the present regulation is deficient.”

Lobbying and transparency experts see the recommendations as a step in the right direction when it comes to anti-corruption efforts in the state.

"Operation Eclipse makes a number of important recommendations that help to shift the onus of lobbying regulation onto public officials rather than lobbyists themselves,” Kate Griffiths, a policy researcher at Australia’s Grattan Institute think tank, told OCCRP.

“In Australia, we know too often fundraising events are an opportunity for powerful individuals and special interest groups to meet with ministers and parliamentarians under the guise of fundraising,” she told OCCRP.

She also emphasized the importance of expanding the code of conduct to “capture the true scope” of who’s involved in lobbying: “It doesn’t just happen in the corridors of parliament house.”

Australia has recently been embroiled in various political corruption scandals, and lax lobbying rules with a “revolving door” culture across the country may be to blame. (“Revolving door” refers to the practice of some politicians moving into well-paid jobs in private industry after completing their terms in office).

There are other areas of concern.

There has been renewed scrutiny, for example, of the “backroom lobbying” of the then-NSW premier by Australian Billionaire James Packer to gain approval to build a casino and luxury hotel on Sydney Harbor. The mining lobby is exceedingly powerful across the country, the gambling and property development industries are “hugely overrepresented” in influencing policy, and an audit last year found the Australian government to be “powerless” against lobbyists with hidden interests.

It is hard to say whether lobbying in Australia is worse than other countries, Griffiths said, as lobbying in Australia usually happens behind closed doors. She added that it’s pretty clear, however, that Australia’s regulation of lobbying is weak – particularly at the federal level – when compared to the U.K., U.S., and Canada.

Due to the Packer corruption scandal, Lillywhite said there “may well be an appetite” for these new recommendations to be implemented by the NSW government.

George Rennie, a lobbying expert at the University of Melbourne and contributor to the ICAC report,  said the enactment of the recommendations is “almost certainly not going to happen,”  adding that he “cannot see this New South Wales government wanting [to do] anything that diminishes their power.” Even so, he said of the recommendations, “we’re gonna give an honest opinion of what should happen, even if very unlikely it will.”

Still, Rennie differentiates between “good lobbying'' and “bad lobbying”, noting that the word is often misused as only a pejorative referring only to lobbying in the interests of the wealthy.

Lobbying has to occur for representative democracy to work, he said, adding that community groups can lobby with members’ votes, for example, which is part of the democratic process, he said.

“‘Bad’ lobbying is what causes corruption. And everyone knows the answer to why: money. We have to reduce the bias that comes from money.”