Peruvian presidential election candidate Keiko Fujimori, who is on trial for corruption and money laundering, still remains out of state custody after surviving a prosecutor’s failed attempted to return her to jail. 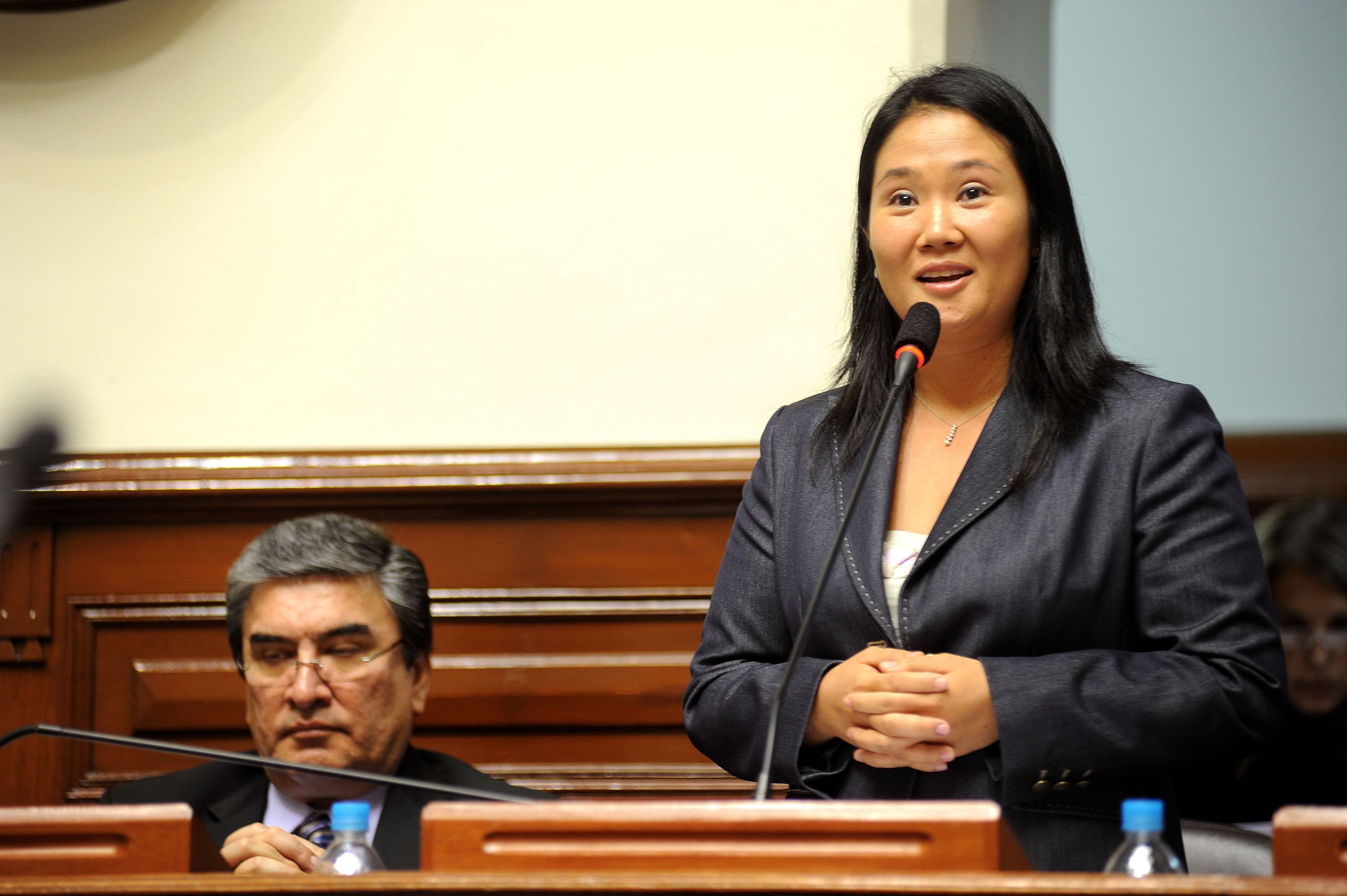 If Fujimori is declared the winner of the election, her corruption trial would be delayed until the end of her presidential term. (Photo: Congreso de la República del Perú, Flickr, License)A judge dismissed prosecutor José Domingo Pérez’s claim that the candidate failed to comply with the terms of her bail by contacting a witness in the case, stating that the claim lacked foundation. Pérez had described sightings of Fujimori sitting next to a trial witness during a press conference.

In response, Fujimori said on social media that she believes the purpose of the prosecutor’s request is to cut off her right to “defend the votes of more than 50% of Peruvians” and that she will not let her voters down.

Fujimori is accused of receiving US$1.2 million from Brazilian construction conglomerate Odebrecht to fund her presidential campaigns in 2011 and 2016.

Odebrecht was at the center of an unprecedented bribery scandal when officials admitted in 2016 to paying hundreds of millions of dollars in bribes to political candidates, officials and parties in more than 100 projects across twelves countries.

Fujimori has denied any wrongdoing. She had been released from prison last May due to the coronavirus outbreak, with the stipulation that she would not leave the country or communicate with other defendants or trial witnesses.

The Peruvian general election, held on April 11, narrowed the presidential pool to right-wing Fujimori and her opponent Pedro Castillo, a rural school teacher and union leader, who represents the left-wing Free Peru Party.

No official winner has been declared after the second round of elections on June 6, though the National Office of Electoral Processes, which oversees the voting process, has completed its ballot count.

Pedro Castillo holds a margin of victory of .25%, or just over 44,000 votes, over Fujimori but she has not conceded the election, claiming electoral fraud despite lack of evidence. Electoral officials are currently still reviewing the results.

If Fujimori is declared the winner of the election, her corruption trial would be delayed until the end of her presidential term. But if she is convicted, she faces up to 30 years in prison.

Fujimori has for years been courting politics from her position in an elite and controversial family. She is the daughter of the imprisoned former Peruvian president Alberto Fujimori, who had served in the office between 1990 and 2000.

Before the 2021 election, she had run for the presidency two times prior, both times defeated by a narrow margin. In 1994, at just 19 years of age, she took the place of her mother as first lady after her father stripped her mother, Susana Higuchi, of the title when she publicly denounced him as corrupt.