Report: In the DRC, Youth Gangs Straddle Crime and Vigilantism

The complete breakdown of law and order in the Democratic Republic of the Congo two decades ago has given birth to local youth gangs, which have taken over neighborhoods of all major cities in the country and are often colluding with law enforcement, according to a recent report by the Global Initiative Against Transnational Organized Crime (GI-TOC). 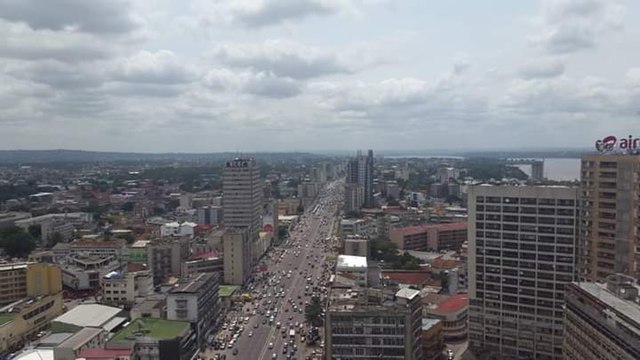 For many Kinshasans, local Kuluna gangs are perceived as protectors. (Photo: Garcia-Pavilion, Wikimedia, License)Known as Kulunas, the gangs first appeared as a social phenomenon in the context of state collapse during the First and Second Congo Wars around 2000. The first ones emerged in some of the poorest sections of Kinshasa but quickly spread throughout the city and elsewhere in the country.

“Legally speaking, the police are charged with combating criminal youth gangs, but in reality, the police service is probably the gangs’ most important partner in crime,” the report said.

“In the DRC, the implementation of the rule of law is something to be negotiated, and the security forces themselves are involved in a range of illegal activities. It is a partnership of local criminal interests that blurs the lines between police and gangs, between the legal order and the criminal world,” it explained.

Membership in the gangs has spread to all corners of society, including the children of the upper and middle classes, even those of police and military leaders. Kuluna activities tend to be territorial, with each gang claiming its own neighborhood and warring with each other for control.

“Gang fighting is an essential part of the Kuluna way of life, almost as important as criminal activities,” the report said. “In the Kuluna world, it is important to earn the respect of other gangs. At nightfall, youth gangs transform the streets of Kinshasa’s slums into fighting arenas characterized by inter-gang violence. Gangs also form alliances, which tend to be highly volatile, as are the gangs themselves. “

However, despite their violence and demonization by the government, locals disagree whether the Kulunas are a scourge or a blessing compared to ineffective and corrupt state apparatuses.

“Paradoxically, self-defence and a sense of justice are motivating factors for becoming involved in criminal gangs,” said the report. “Becoming a Kuluna therefore gives many young men a sense of security and justice, which, they perceive, the failed Congolese authorities are unable to provide.”

For many Kinshasans, local Kuluna gangs are perceived as protectors, though the source of the very violence they’re needed to defend against are just Kulunas from other neighborhoods.

As the Kulunas have become more prominent, they have also seeped into Congolese pop-culture as well, becoming associated with the country’s burgeoning rap and hip-hop scene.

Nonetheless, the gangs have contributed significantly to corruption and political instability in the country.

“For the political parties, the Kuluna gangs are seen as a contractible workforce that can be hired by politicians for various purposes related to the deployment of violence in the political arena,” the report explained. The going rate for Kuluna mercenaries during election season is between US$0.50 and $1.50 a day.

The gangs are also deeply enmeshed in the affairs of local police and other security services such as the military.

To combat the Kulunas, the Congolese government has implemented a variety of “iron fist” policies ranging from mass arrests to the summary executions of at least 51 young men and boys, as well as the ‘forced disappearance’ of at least 34 others between 2013 and 2014. Both had little impact on the power of the gangs.

“The failure of the heavy-handed law enforcement response to the gangs is recognized by police personnel and magistrates, and they are both blamed by the population,” said the report.

“Police and justice authorities are accused of powerlessness and complicity with the Kuluna gangs, and are considered as part of the problem rather than the solution,” it concluded.