Ukraine imposed a “full package of sanctions” on tycoons Dmytro Firtash — accused of selling titanium products to Russian military enterprises — and Pavel Fuks, alleged to have stolen millions from the country. 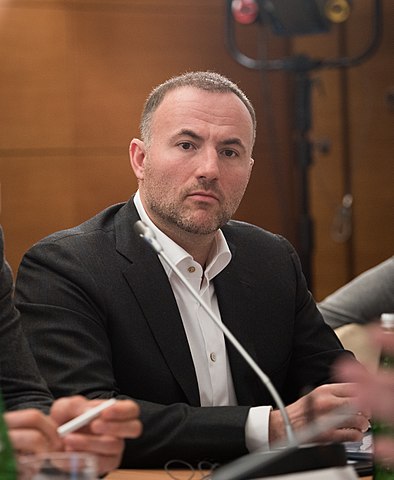 In 2018, Fuks had hired Giuliani as a consultant for a project in the Ukrainian city of Kharkiv. (Source: Wikimedia Commons)Firtash’s sanctions are meant to penalize his “involvement in the titanium business,” the Secretary of the National Security and Defense Council of Ukraine, Oleksiy Danilov, said in a press briefing. The reason for implementing sanctions on Fuks has not yet been announced and what exactly the sanctions entail will be announced in a subsequent presidential decree.

Reuters reported that Firtash’s U.S. lawyer, Lanny Davis, said on Monday that his client “categorically denies the allegations, which he says are wrong.”

Firtash made his fortune trading natural gas after the collapse of the Soviet Union, setting up a venture in 2004 with Gazprom, a Russian company, to import natural gas from Central Asia to Ukraine.

He was arrested in Austria in 2014, where he still resides, after the U.S. Department of Justice indicted him in an international racketeering conspiracy involving bribes of Indian government officials to permit titanium mining. Extradition proceedings have been dragging on for years.

Congressional lawmakers in the U.S. pressed on Tuesday Secretary of State Antony Blinken and Attorney General Merrick Garland to force Austria to extradite Firtash, suggesting that the tycoon may have corrupted Austrian officials.

"We are concerned that Mr. Firtash has used his considerable wealth and malign influence to subvert that country’s legal system to evade extradition and the rule of law," said the letter Democrats Marcy Kaptur and Mike Quigley and Republicans Brian Fitzpatrick and Andy Harris wrote, according to Radio Free Europe.

Firtash has also made headlines for his ties to the discredited political consultant Paul Manafort and former New York City mayor Rudy Giuliani, both of whom are closely affiliated with the former U.S. president Donald Trump.

The other tycoon, Pavel Fuks, is a wealthy real estate developer who was charged by Moscow in 2019 in absentia in an embezzlement case and who had been described by Al Jazeera’s Investigative Unit as an Ukrainian oligarch who illegally traded frozen assets linked to former President Victor Yanukovich who had syphoned at least $1.5bn from the country before his removal in 2014.

After having tracked down some of the money in Cyprus, Ukraine requested the assets to be frozen. However, Fuks purchased $US160 million of those frozen assets.

Fuks has also rubbed shoulders with Giuliani and Trump. In 2018, he had hired Giuliani as a consultant for a project in the Ukrainian city of Kharkiv, and had discussed a licensing deal with Trump for a Trump tower in Moscow more than a decade prior.