HRW: IMF Loan to Cameroon Should Be Contingent on Anti-Corruption

Human rights campaigners urged the International Monetary Fund (IMF) on Friday to take steps to ensure a three-year loan for Cameroon is not squandered due to corruption. 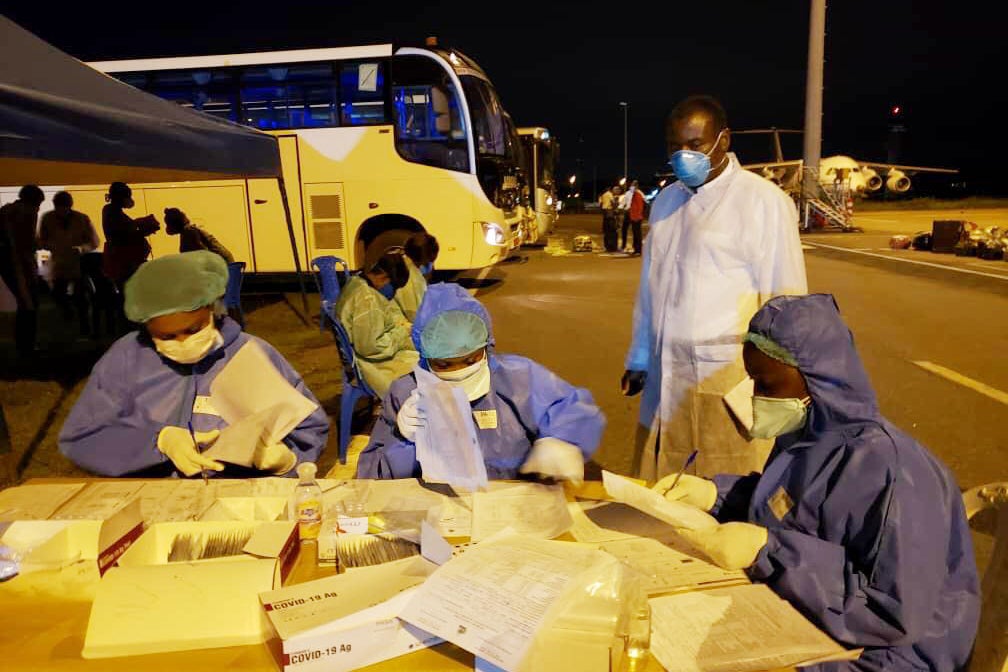 Cameroonian media and opposition parties allege hundreds of millions of dollars in international COVID-19 aid was met with large-scale corruption and embezzlement in the country over the past year. (Photo: HRW)The IMF’s executive board “should require the government to make its spending fully transparent, conduct a comprehensive independent audit of its Covid-19 spending to date, and hold anyone responsible for corruption accountable,” Human Rights Watch (HRW) said in a statement.

This comes as Cameroonian media and opposition parties allege hundreds of millions of dollars in international COVID-19 aid was met with large-scale corruption and embezzlement in the country over the past year.

“The IMF Board is voting on its third loan to Cameroon since the start of the pandemic in the midst of a COVID-19-related corruption scandal and violent crisis roiling the country’s English-speaking regions with a devastating impact on people’s right to health,” Sarah Saadoun, senior business and human rights researcher at HRW, said in a statement.

“When badly-needed aid is being squandered or stolen, it would be irresponsible for the IMF to approve another loan without safeguards to ensure that the money goes where it is intended,” Saadoun added.

Back in May, the IMF announced that it had reached an agreement for a third loan of an unspecified amount to the West African nation “to mitigate the consequences of the pandemic”. The announcement, however, did not detail any substantive measures to combat potential corrupt usage of the funds.

The IMF has previously given two other emergency loans of US$382 million in total to Cameroon in response to the pandemic. The country was one of the worst-hit by the virus in sub-Saharan Africa.

Back in May, however, local media published a summary of an audit of those funds by the ‘Chambres des Comptes’ – a Supreme Court investigative body. The audit detailed findings of large-scale corruption and “numerous abuses” involving the vast majority of the aid ($333 million) that was spent.

This included a “quasi monopoly” on government contracts by the company Mediline Medical Cameroon, which allegedly overcharged for its medical products that were often defective.

The audit also found, for example, that the government had bought 16 ambulances from the company for $1.6 million, and none had been delivered.

In light of these findings, 20 prominent Cameroonian women also urged the IMF not to approve any additional funding until those complicit in the corruption and mismanagement of the loans were held accountable.

While Mediline Medical Cameroon said in a statement on June 1 that the audit was all part of a “disinformation campaign,” HRW previously spoke with medical staff in hospitals across the country who said they received little or no additional funds or equipment to help them respond to the pandemic.