An independent panel characterized London’s Metropolitan Police as “institutionally corrupt” in a long-awaited report on the 1987 murder of private detective Daniel Morgan, which police reportedly tried to cover up. 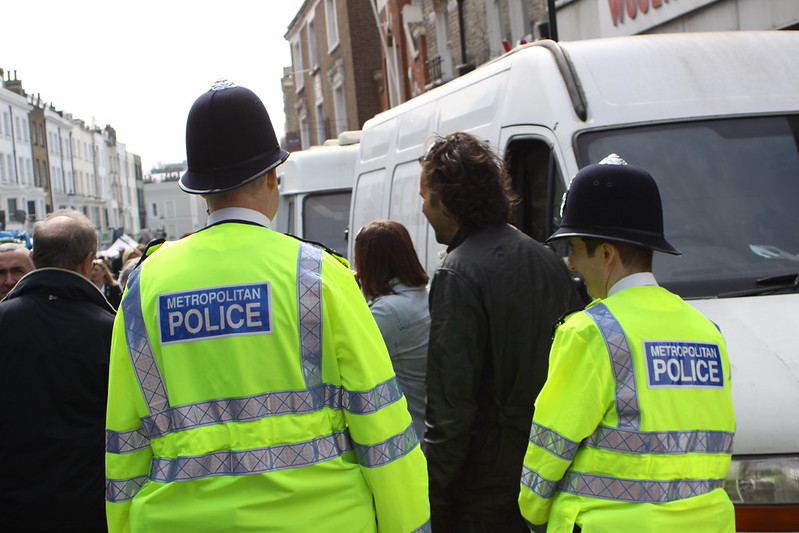 An independent panel characterized London’s Metropolitan Police as “institutionally corrupt” in a long-awaited report on the 1987 murder of private detective Daniel Morgan. (Photo: ChrisGoldNY, Flickr, License)The panel was supposed to release the 1,000-page-long report in May, but after a last-minute intervention – referred to by some as a “cover up” – by the Home Office, it was released on Tuesday.

It revealed that the Met police’s “first objective was to protect itself” over repeated allegations of its “many failings” regarding the still-unsolved murder.

The inquiry focus the brutal axe murder of Morgan, father of two, in the parking lot of a pub in south London. There have been no successful prosecutions despite multiple major police investigations.

The panel examined questions relating to the role corruption played in protecting Morgan's killer, and the links between private investigators, police and journalists connected to the case.

While a motive for the murder has not been established, there have been claims the private detective was on the verge of exposing some form of police corruption when he was attacked and killed.

The report concluded there were severe failings in the initial investigation: interviews were not carried out, the crime scene was not searched properly, and alibis were not sought from suspects, to name a few. This means any potential evidence had been “irretrievably lost”.

London law enforcement conceded "corruption and the malicious acts of corrupt individuals were a major factor in the failure of the first investigation," in response to the findings. Scotland Yard had previously admitted corruption was a "debilitating factor" in the original investigation.

"The Metropolitan Police also repeatedly failed to take a fresh, thorough and critical look at past failings," the report said. "Concealing or denying failings, for the sake of the organization's public image, is dishonesty on the part of the organization for reputational benefit and constitutes a form of institutional corruption."

It added that "the multiple police failures over many years, the death of witnesses and the passage of time, mean that it is most unlikely there will be a successful prosecution for Daniel Morgan's murder.”

The more than 1,000-page report reminded the public that Morgan’s family had "suffered grievously" from the failure to bring his killers to justice.

U.K. Home Secretary Priti Patel called the report "deeply alarming" and described the Morgan case as "one of the most devastating episodes in the history of the Metropolitan Police".