A member of the U.K. Parliament accused Home Secretary Priti Patel of trying to block the publication of an independent report into the 1987 killing of private detective Daniel Morgan as part of a “cover-up” aimed to protect corrupt police officials. 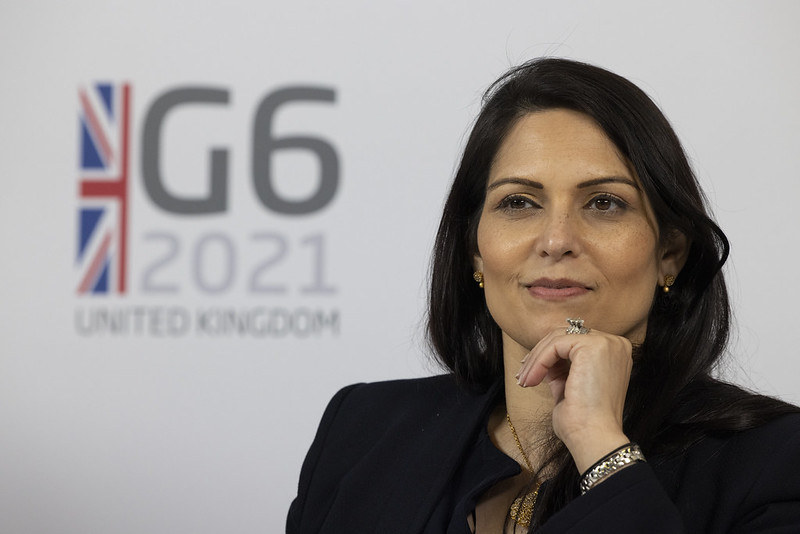 U.K. Home Secretary, Priti Patel. (Photo: Number 10, Flickr)Labour party MP Chris Bryant said on Monday he was concerned about Patel’s decision to review and this way delay the publication of a report compiled by an independent panel that was set up in 2013 with to answer questions surrounding the death of the private detective.

According to the panel website, the body has been investigating “police involvement in Daniel Morgan’s murder, the role played by police corruption in protecting those responsible for the murder…and connections between private investigators, police officers and journalists at the News of the World” - a now-defunct tabloid newspaper that was part of Rupert Murchoch’s still-booming media empire.

No one has yet been convicted of the murder, despite numerous investigations, after Morgan was found in a parking lot in London with an axe embedded in his head over three decades ago.

The motive for the murder has not been established, although there have been claims the private detective was on the verge of exposing the corruption when he was attacked. Police corruption was also a "debilitating factor" in the original investigation, London police later admitted.

The original key suspects, who in 2011 walked free, are alleged to have had close ties to Murdoch’s News International (now News UK), The Guardian reported.

The paper said that Morgan’s former business partner, Jonathan Rees, worked for the News of the World, and that Morgan was in discussions with the tabloid to sell a story about police corruption shortly before his death.

“Thanks to corruption in the police and interference by News UK, the family have had no justice,” Bryant said.

The eight-year-long inquiry into allegations Morgan’s killers were shielded by police has been completed and was supposed to be published on Monday, until the Home Office intervened—citing national security concerns, although a Metropolitan police team had already carried out a security check on the finished report.

With the many complex twists and turns along the way throughout the case’s history, the delay in revealing the investigation into the potential 1980s cover-up is starting to feel, to some, like a cover-up itself.

Bryant told Parliament on Monday that Patel had “no power in law” to review the report. He said it should be published this week, “in full, without deletion, amendment or redaction,” referencing fears unsavory parts of the report would be blacked-out.

“It’s not difficult to see why powerful people with very close friends in News International might want to delay or even prevent this publication,” Bryant said. If Patel refused to release the report in full, Bryant asked, “won’t people conclude that the cover-up is still going on?”

Writing for The Guardian last weekend, Morgan’s son also condemned the delay, saying the government’s repeated failure to address the police corruption was “sickening” and that Patel’s actions had continued the family’s “living nightmare”.