Thousands of Fake Online Pharmacies Shut Down in Interpol Operation

Authorities in 92 countries arrested 277 people, shut down more than 113,000 fraudulent web links belonging to fake online pharmacies and seized potentially dangerous pharmaceutical products worth US$23 million in a global operation coordinated by Interpol. 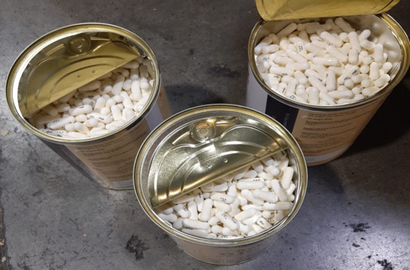 Among the seized counterfeit and illicit pharmaceuticals were anti-cancer medication, vitamins, erectile dysfunction pills and painkillers, which authorities found hidden in other products, such as clothes, jewelry and cans of food.

In the U.K., officials removed  43 websites and more than 3,100 links advertising the sale of unauthorized medication. Additionally, they confiscated $13 million in fake medicines and medical devices.

Interpol said the operation also evidenced how organized crime exploits the COVID-19 pandemic to profit from the sale of illicit products.

More than half of the medical products seized during the second half of May, the operation’s timeframe, were fake and unauthorized COVID-19 testing kits. Other confiscated medical devices included masks and syringes.

The international agency urged authorities worldwide to stay vigilant against the proliferation of illicit pharmaceutical products, calling to raise public awareness of the potential dangers in buying counterfeit medicines, which may have been altered or contaminated.

“The online sale of illicit medicines continues to pose a threat to public safety,” said Interpol Secretary General Jürgen Stock. “Whilst some individuals were knowingly buying illicit medicines, many thousands of victims were unwittingly putting their health and potentially their lives at risk.”