El Salvador Leaves Anti-Corruption Accord with the OAS

The Secretary General of the Organization of American States (OAS) said on Monday he “deeply regrets” El Salvador’s decision to pull out of an anti-corruption commission, but accused the country of "asphyxiating" the body and "completely curtailing its investigative possibilities." 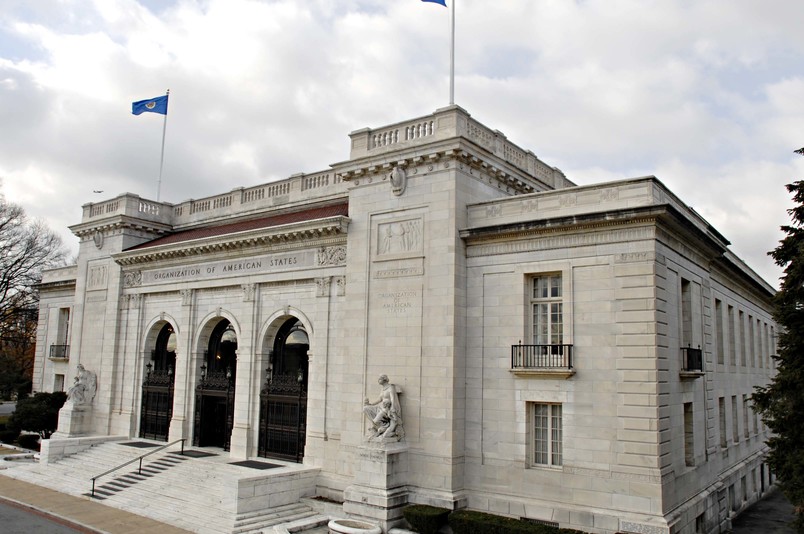 Muyshondt, a former mayor, has been accused at home of electoral fraud and conspiracy after he reportedly paid ransom to gang bosses in exchange for letting him campaign.

In 2019, the OAS and the government of El Salvador signed an agreement to create the CICIES in order to strengthen the capacities of the prosecutor's office to combat corruption across the country.

But Salvadoran President Nayib Bukele said at a press conference last week that he would break the agreement “because it's nonsense for us trying to fight impunity with the very people who are promoting impunity in El Salvador."

Almagro wrote on Twitter last week that Muyshondt "has agreed to join as an advisor to the General Secretariat of @OEA_Oficial," and posted a picture of the two together.

However, on Monday he said that Muyshondt was not hired but "only made an offer at the time for an honorary contract, although this contract was never signed."

Muyshondt, a member of the right-wing ARENA party, and a vocal critic of Bukele, was placed under house arrest on Friday. He denies all charges against him and wrote on Twitter that he was a "political prisoner" of a "dictatorial and authoritarian regime."

Earlier this year, the U.S. announced a $2 million contribution to CICIES and the U.S. embassy in El Salvador was not happy with the country’s departure from the commission. "The fight against corruption is essential and fundamental. We will continue to look for ways to reduce and combat corruption and impunity," the embassy tweeted.

This altercation is just the latest in a series of moves on anti-corruption efforts in so-called Northern Triangle by the Biden Adminstration, which sees corruption as one of the root causes of undocumented immigration. The administration has pledged $4 billion in aid to “address endemic corruption” in the region.