A Pakistani TV channel suspended the host of a popular political talk show after he criticized the country’s powerful military for its role in censorship during last week’s protests that were prompted by the latest attack against journalists. 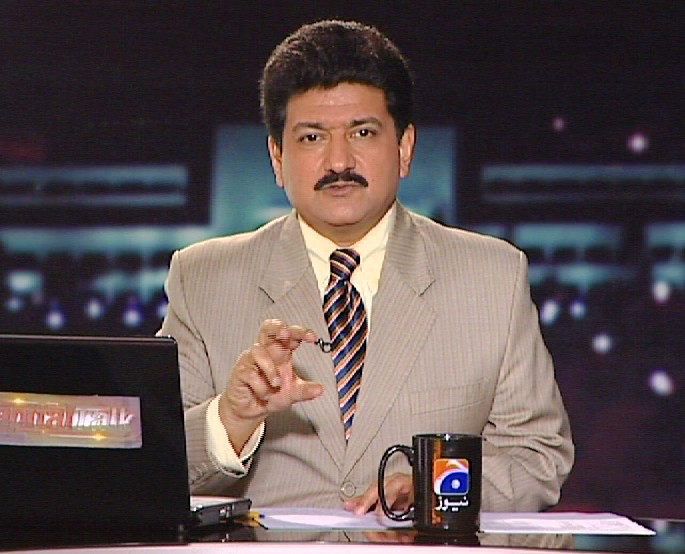 Pakistani journalist and TV host, Hamid Mir. (Photo: Wikimedia, License)“I was ready to bear the consequences,” Hamid Mir told OCCRP. He said he offered to quit his job when the channel management demanded a clarification of the speech he held during the protest that was held in Islamabad in support of Asad Toor, a fellow journalist who was recently physically attacked allegedly by military intelligence people.

Mir threatened during his speech to expose those involved in a series of recent attacks on journalists.

“The management told me not to write about the issue on Twitter,” Mir said.

Pakistan is considered one of the world’s most dangerous countries for journalists and media workers, according to the Committee to Protect Journalists. Perpetrators involved in attacks against reporters are rarely sentenced.

The country’s powerful military directly ruled the South Asian country for half of its 74-years-long history and critics say they continue to influence the government of Prime Minister Imran Khan.

“The fellow journalists have been receiving threats in the past few weeks and female colleagues were being threatened and told they [intelligence officers] are coming to their house,” Mir said. “Many people internationally and even government ministers privately are calling me and lending their support.  I am hopeful that we will see some actual change this time,” he added.

Harassment is not new to Mir.

“I was banned twice in the past. Lost job twice. Survived assassination attempts but I cannot stop raising my voice for the rights given by the constitution,” he tweeted. “This time I'm ready for any consequences and ready to go at any extent because they are threatening my family.”

Sources at Mir’s media group Geo News Network, a local Urdu channel, told OCCRP that the channel was under tremendous pressure from the military to part with Mir after he spoke against the military. The military press office did not respond to OCCRP’s request to comment the accusations.

“It is the broadcasters who decide which program they will broadcast and they appoint their teams of journalists. The government has nothing to do with the internal decisions of the TV channels,” Pakistan's Minister for Information and Broadcasting, Fawad Chaudhary, told OCCRP.

“Forcing a popular news talk show host like Hamid Mir off the air after voicing criticism of Pakistan’s military—and support for a fellow journalist—only underscores the lack of true press freedom in Pakistan,” said Steven Butler, CPJ’s Asia program coordinator. “Critical comments about key state institutions are an important component of democracy, not a scourge to be eliminated.”

Mir, one of the most vocal and most respected journalists survived an assassination attempt in 2014. He is now again allegedly being targeted by the military supported crackdown against the media which started before the 2018 general elections that brought Prime Minister Imran Khan into power.  He was shot multiple times and was critically injured during the 2014 attack.

Pakistan ranked last year ninth on CPJ’s annual Global Impunity Index which evaluates countries where journalists are regularly targeted and killed while their killers are not punished.

Media watchdog Reporters Without Borders (RSF) ranked Pakistan 145 out of 180 countries on media rights in 2021 World Press Freedom Index and is among five deadliest places for journalists.