Another Pakistani Journalist Attacked for His Reporting

Three unidentified men broke on Tuesday into the apartment of a prominent Pakistani journalist who has been criticising the government and the country’s powerful military, tied him up and beat him with a pistol in what appears to be the latest attack against journalists in the South Asian country. 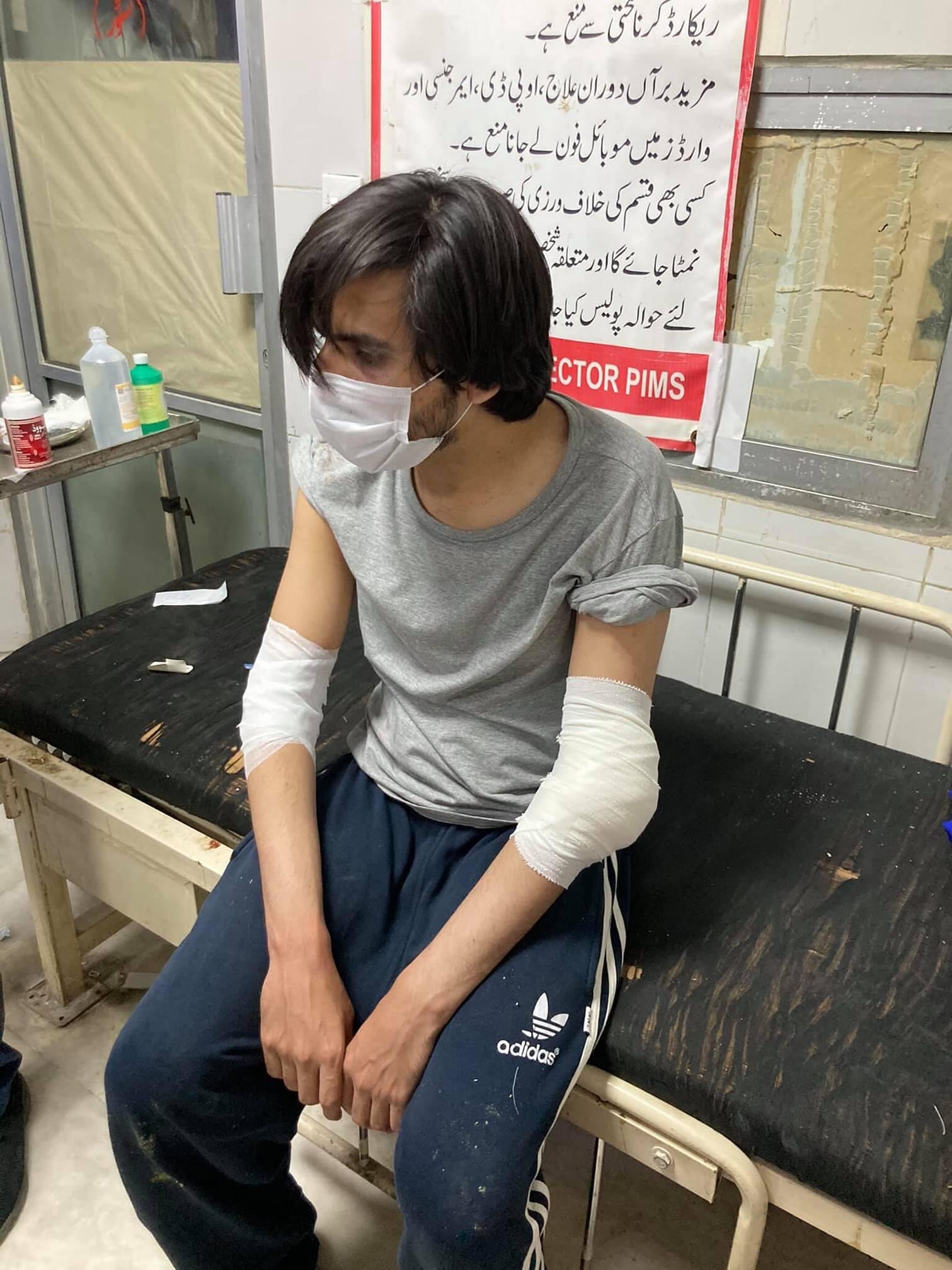 Toor being treated at an Islamabad hospital. (Photo: Personal File)Asad Ali Toor told OCCRP on Thursday that he heard the doorbell, opened the door of his apartment in Islamabad and saw one of the men pointing a gun at him. He was  told to step aside.

“They dragged me into my bedroom,” Toor recalled. “I was shouting for help, they tied my hands and feet with a rope, gagged me and beat me with pistol.”

The attackers first threw him on the floor “very hard” and he thought they will kill him because they told him that they were from the military intelligence agency (ISI), he said.

“They threatened me not to shout for help or they will shoot me right away. One of the attackers repeatedly hit my elbows with a pistol butt while the other was sitting on my back. They left me tied up and injured in the room,” he said.

Pakistan’s military intelligence service has been previously accused of violating human rights and being involved in enforced disappearances.

The military press office did not respond to OCCRP’s request to comment the journalist’s allegations.

“I have instructed police officials who are probing the case to submit their investigation report on Toor's attack within 14 days. The CCTV footage is available and the culprits will be recognized and arrested,” he told OCCRP.

Toor said he is not counting with any arrests because previous attackers of other journalists have not been caught or charged.

“Attacks like this won’t silence me,” Toor was determined. “I will not give up my journalism and will continue with more passion and zeal,” he added.

Toor said that the people who attacked him questioned him about the source of his income and funding. “They forced me to denounce neighboring India, Afghanistan and Israel. Then they asked me to chant slogans in praise of Pakistan, its military and ISI,” he said.

The country adopted last month a law that criminalizes criticism of the military - something some ministers opposed, including Minister Chaudhary.

Pakistan is considered one of the world’s most dangerous countries for journalists and media workers, according to the Committee to Protect Journalists. Perpetrators involved in attacks against journalists are rarely sentenced.

With 15 unsolved murders, Pakistan ranked last year ninth on CPJ’s annual Global Impunity Index which evaluates countries where journalists are regularly targeted and killed while their killers are not punished.