Russian oil companies routinely evaded regulatory measures and instead illegally dumped toxic waste from oil drilling in “sludge barns,” which can cause untold environmental pollution in arctic waterways, according to an investigation by Radio Free Europe’s Russian Service (RFE/RL). 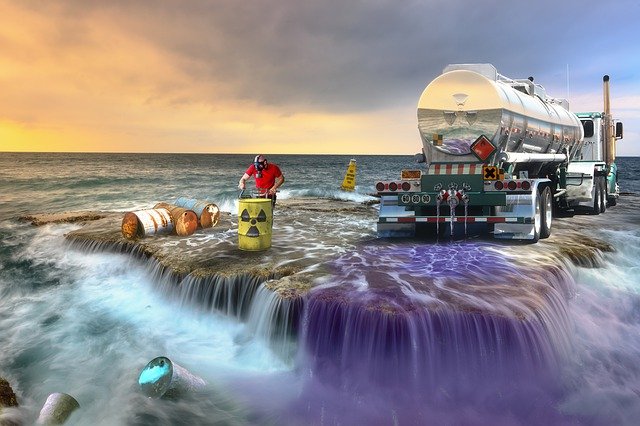 As part of the drilling process, specialized fluids create a toxic byproduct of water, oil, clay and other chemicals. This mix should be recycled to prevent groundwater contamination, and the land should be restored after oil is extracted, as mandated by Russian environmental regulations.

RFE/RL’s investigation said that while Russian oil companies claim to be disposing and recycling this waste responsibly, in reality millions of tons of toxic chemicals sit in what are meant to be temporary trenches called “sludge barns,” which legally can hold drilling waste for up to 11 months before it should be mixed with sand, cement, foamed plastic and calcium chloride to create materials used in construction.

However, RFE/RL said that these building materials are rarely actually produced, and when they were, they were not found to be an effective environmental waste management strategy. The materials created by the toxic sludge failed in May 2010 quality control tests for industrial materials conducted by the Federal Service for Environmental, Technological and Nuclear Supervision, Rostekhnadzor, according to RFE/RL.

RFE/RL shared a video from what was, on paper, a drilling waste recycling facility showing a field with overturned dirt, building waste, and what looked to be an abandoned structure.

RFE/RL also released three reports by a Russian Health Ministry analytical center detailing in 630 pages the extent of the pollution in Russia’s oil rich Khanty-Mansi and Yamal-Nenets regions, its impact on the environment and nearby populations and the absence of a suitable solution.