Opposition leaders and even some ministers in the government of PM Imran Khan have expressed outrage over a new law that allows authorities to jail Pakistanis who criticize or make fun of the country’s powerful military. 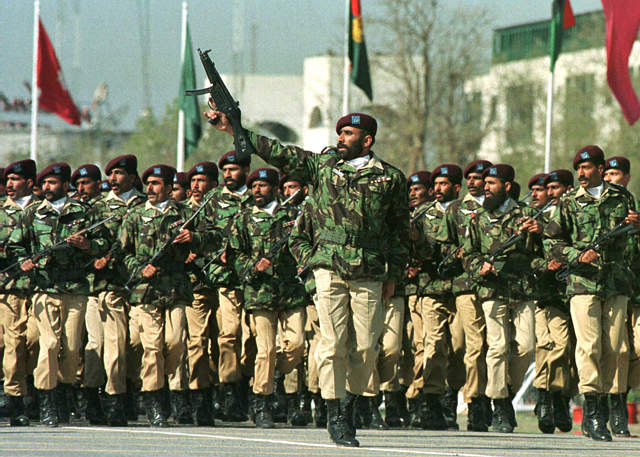 Soldiers of Pakistans Special Services Group (Photo: Wikipedia, License)The legislation was adopted on Wednesday by the parliament’s Committee on Interior and sets a jail term of up to two years or a US$3,288 fine or both for those found guilty.

“Absolutely ridiculous idea to criminalize criticism, respect is earned, cannot be imposed on people. I strongly feel instead of new such laws Contempt of Court laws should be repealed,” Fawad Chaudhary, Minister of Science and Technology Thursday wrote on Twitter.

Prime Minister Khan’s ruling Pakistan Tehreek-e-Insaf (PTI) party, along with a few of its smaller allies has a simple majority in the lower house of parliament but not in the upper house where it needs the support of the opposition to pass the legislation.

Human rights groups and opposition parties have long accused the military of involvement in politics and of harassment of journalists and activists critical of the Army and the government - allegations the military repeatedly denied.

Activists and civil society have called the new bill a “law against the democratic values and freedom of expression.”

"Respect has to be earned - it cannot be ordered via an ordinance,” Tahira Abdullah, a human rights defender told the OCCRP, referring to an undemocratically promulgated law outside of parliament.

This “contradicts the Constitutional freedom of speech and expression of the citizens of Pakistan," she said.

Legal expert Osama Malik told the OCCRP that the bill will further erode the limited freedom of dissidents in Pakistan who were already exposed to persecution by “the deep state.”