At least US$150 billion has been stolen and smuggled out of Iraq since 2003, the country’s President Barham Salih said on Sunday, declaring that corruption “must stop” and the stolen money must be recovered. 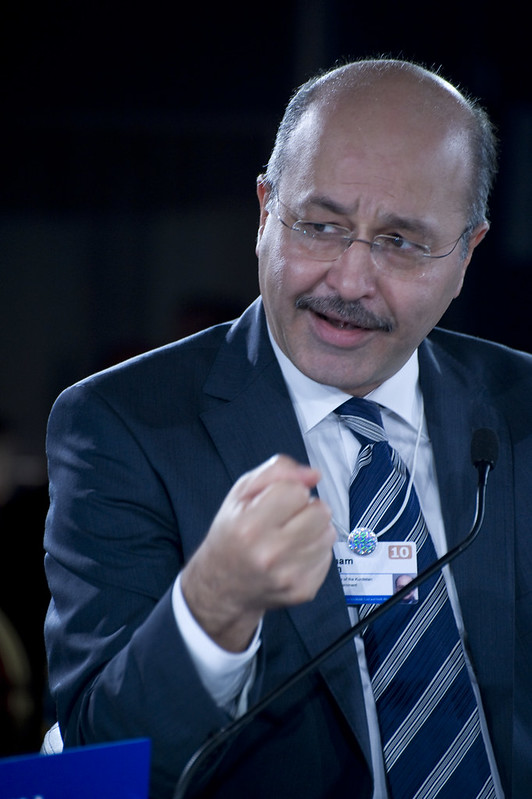 Iraq's President, Barham Salih (Photo: Oussama Rhaleb, World Economic Forum, Flickr, License)“Of the close to a trillion dollars made from oil since 2003, an estimated 150 billion dollars of stolen money has been smuggled out of Iraq,” Salih said in a TV speech.

President since 2018, Salih said that the amount that disappeared in corrupt deals would have been enough to “put the country in a better condition.”

His remarks came as he presented to the parliament a newly drafted law which seeks to “recover the proceeds of corruption,” hold the corrupt accountable and bring them to justice.

He called corruption a “dangerous scourge” which has deprived the Iraqi people of funds for years. Only last month, corruption was at the center of a fire that broke out at a hospital and killed over 80 people.

At the time, Salih tweeted that the tragedy, which led to the dismissal of several officials, was the result of “mounting destruction of state institutions due to corruption and mismanagement.”

Iraq ranks in the bottom 20, placed at 160th out of 180 countries, on Transparency International’s 2021 Corruption Perception Index.