Bahrain’s public prosecutor has referred 13 banks, including Iran’s Central Bank, to court for money laundering and other “unlawful banking practices” carried out between 2008 and 2012 with the goal to circumvent sanctions against Tehran, the country’s state-run news agency said on Tuesday. 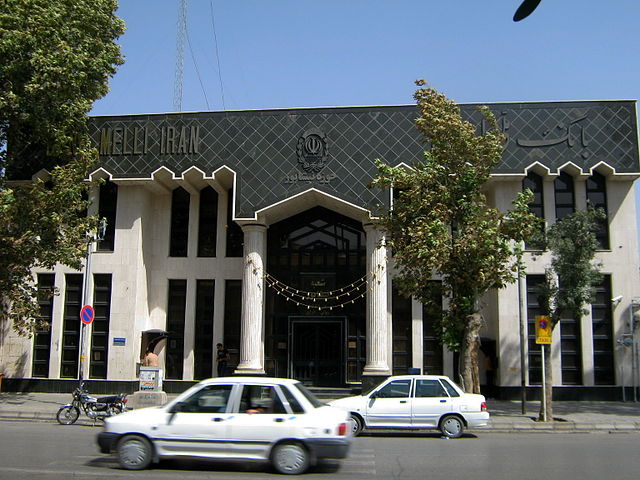 Banks implicated in the scheme and referred for prosecution include Future Bank, Bank Melli Iran, Bank Saderat Iran, and the Central Bank of Iran. (Photo: Sonia Sevilla, Wikimedia, License)After “extensive investigations,” prosecutors found that employees at Bahrain’s Future Bank, which was found to have been involved in “systematic and widespread violations of Bahrain’s banking law,” allegedly worked with Iranian bank officials to transfer over US$1.3 billion through an unregulated alternative system.

The transfers were carried out “with the aim of concealing the source and movement of funds, benefitting Iranian banks and circumventing international sanctions and restrictions on transactions imposed against Iranian entities,” the prosecution said.

This way those banks “empowered” Iranian entities, “including those involved in financing terrorism,” it added.

The probe was carried out by the Financial Investigation Directorate at Bahrain’s Ministry of Interior, the Central Bank of Bahrain, and independent international experts. It involved the review of “tens of thousands of documents,” which helped identify violations in the audit process.

Banks implicated in the scheme and referred for prosecution include Future Bank, Bank Melli Iran, Bank Saderat Iran, and the Central Bank of Iran. Investigations are ongoing to determine further criminal conduct and more individuals are likely to be prosecuted.

This is not the first time employees at Future Bank have been caught manipulating the banking system to help Iranian banks evade sanctions. So far, over $367 million dollars have been confiscated, and all of the accused have been convicted, imprisoned and fined over $900 million.