Three anti-corruption organizations have filed legal complaints in France against several people including Lebanon’s central bank governor, Riad Salame, whom they have accused of corruption and money laundering. 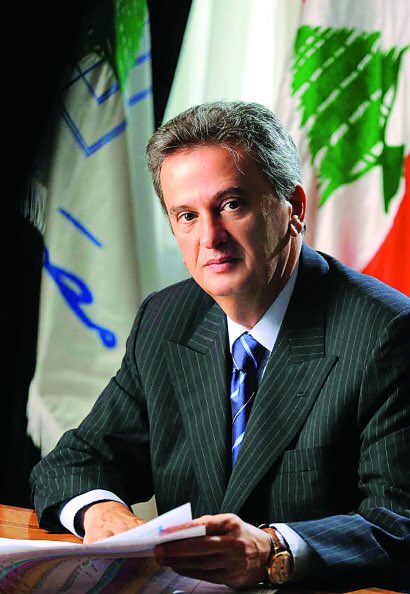 Riad Salame, Governor of the Banque du Liban. (Photo: Tachfine Oumlil, Wikimedia, License)Sherpa, an anti-corruption NGO based in France, and the Collective of victims of fraudulent and criminal practices in Lebanon submitted their complaint last week to France’s National Financial Prosecutor's Office (PNF), alleging that Salame, who is a French national, has “illegally” amassed a fortune which cannot be justified by his official salary.

“The lodged complaint targets not only money laundering facts in connection with the outsourcing of considerable capital from the autumn 2019 crisis onwards, but also the suspicious conditions under which real estate, sometimes very luxurious, has been acquired by private or public Lebanese officials on French territory in recent years,” Sherpa said in a statement on Monday.

“Our final objective of this Ill-Gotten Gains procedure is the restitution of stolen assets to the Lebanese people and the fight against corruption,” it explained.

The complaint draws on the findings of an ongoing investigation of Salame by OCCRP and its Lebanese media partner Daraj, and follows an April 16 complaint filed with the PNF by Accountability Now, a Swiss foundation whose “mission is to support Lebanese civil society in its desire to put an end to the impunity of leaders.”

Riad Salame, Lebanon’s central bank chief since 1993, denied the allegations, telling Reuters that his French properties “were acquired prior to being governor.” He has not responded to a recent OCCRP request for comment made through his attorney.

The complaints in France follow an ongoing Swiss federal investigation into allegations that Salame embezzled more than US$330 million from Banque du Liban (BdL), Lebanon’s central bank, through transactions to an offshore company owned by Raja Salame.

That company, British Virgin Islands-registered Forry Associates Limited, received between 2002 and 2015 wire payments worth $333 million from a BdL account, according to a letter the Swiss attorney-general’s office allegedly wrote to Lebanese authorities. The letter was leaked to Lebanese media but OCCRP could not independently confirm its authenticity.

The payments were reportedly made under a brokerage contract between the central bank and Forry for services related to eurobonds and treasury bills. In their letter, Swiss investigators said Forry then funnelled hundreds of millions to Swiss bank accounts controlled by the Salames.

Salame in an interview with the Financial Times last month acknowledged the transactions to Forry, but denied any impropriety.

“All these transactions were approved by the [BdL’s] central board,” he told the business publication.

In August 2020, OCCRP and Daraj revealed that offshore companies owned by the central bank governor have invested in overseas assets worth nearly $100 million.

A second investigation published in December revealed that an obscure Panama company tied to Salame had bought a stake in his son’s London-based wealth management company, before selling it to a major Lebanese bank that he regulates. Salame has denied any conflict of interest in the deal.

Salame last year told OCCRP that he amassed “significant private wealth” before he joined the central bank in 1993, and that “nothing prevents me from investing it.”