The father-daughter duo who made millions selling shoplifted items, the dealer passing himself off as a famous MMA fighter, and drug shipments concealed in cupcake machines, sanitary pads and statues of the Holy Mother ─ the week in oddities, from us here at OCCRP. 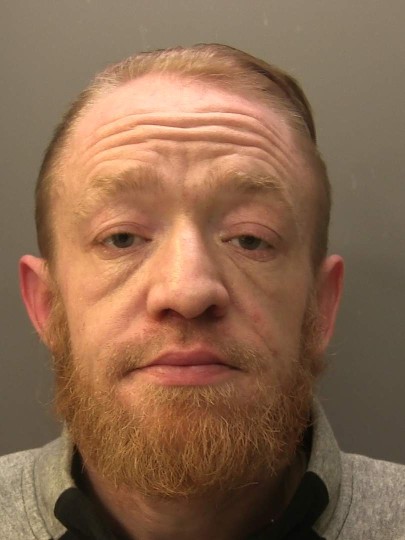 Mark Nye promoted himself as a drug dealer in Surrey, England, by passing himself off as two-time UFC champion Conor McGregor (Photo: Surrey Police)Drug-users in Surrey, south-east England, might have been amused when it appeared that acclaimed cage fighter Conor McGregor had taken up a side-hustle delivering their stashes, but the police decidedly weren’t.

Authorities last Friday announced the conviction of one Mark Nye, who’d attempted to promote his business as a local drug dealer by impersonating the UFC fighter, as well as handing out business cards that advertised the “best drops in Surrey,” delivered by “McGregor Enterprise - The Pocket Rocket.”

Nye was seemingly so convinced of his own likeness to the two-time international champion that when he was apprehended earlier in February attempting to dispose of a drug stash and two mobile phones, he even identified himself to police as “Conor.”

Unfortunately for the dealer, the only cage-related event Nye will in fact be attending is his two year and nine month sentence at a Guildford prison.

Another tale of petty crime with grand ambitions this week from over in the United States, where Robert Whitley and his daughter Noni on Thursday pleaded guilty to running an organized crime enterprise which sold items online that had been shoplifted from well-known stores like Target and CVS.

Between 2011 and 2019, the father and daughter duo admitted to having reaped in more than US$5 million from the scheme, which relied on a network of professional shoplifters, otherwise known as “boosters,” for a steady influx of stolen goods including over-the-counter medications, shaving razors, oral care products, and health and beauty items.

The Whitley’s boosters would reportedly deposit their hauls at a warehouse in Atlanta, carrying them in large plastic trash bags so as to divert attention from their illicit activities.

It’s also been an especially strong past few days for stories of drug shipments concealed in inventive ways.

These included a shipment of heroin destined for Canada that had been secreted inside an assemblage of car parts, as well as several kilos of cannabis bound for the United Arab Emirates hidden inside boxes of herbs and spices, and a batch of meth concealed inside a statuette of the Virgin Mary en route to the Philippines.

A recent report by VICE News highlighted how over the past decade or so, West Africa has become a transport hub of increasing importance for international narcotics traffickers.

Meanwhile in Greece, customs authorities recently announced the seizure of more than four tons of marijuana, with an estimated street value of more than 33 million euros ($40 million), hidden inside a shipment of industrial cupcake-making machines, which were en route to Slovakia from Lebanon.

The narcotics were reportedly discovered in a concealed compartment that had been inserted into a large metal tank that formed part of the machinery.

Lastly, the Colombian National Police on Friday conducted a successful bust that resulted in the seizure of just over half a kilo of grass.

Albeit small, the haul had been painstakingly concealed inside multiple sanitary pads, which in turn had been folded away and individually resealed as part of a large multipack.