A court in Moscow suspended on Tuesday the activities of several organizations founded by the incarcerated top Kremlin critic Alexei Navalny, until it decides on a request by prosecutors to declare these organizations “extremist.” 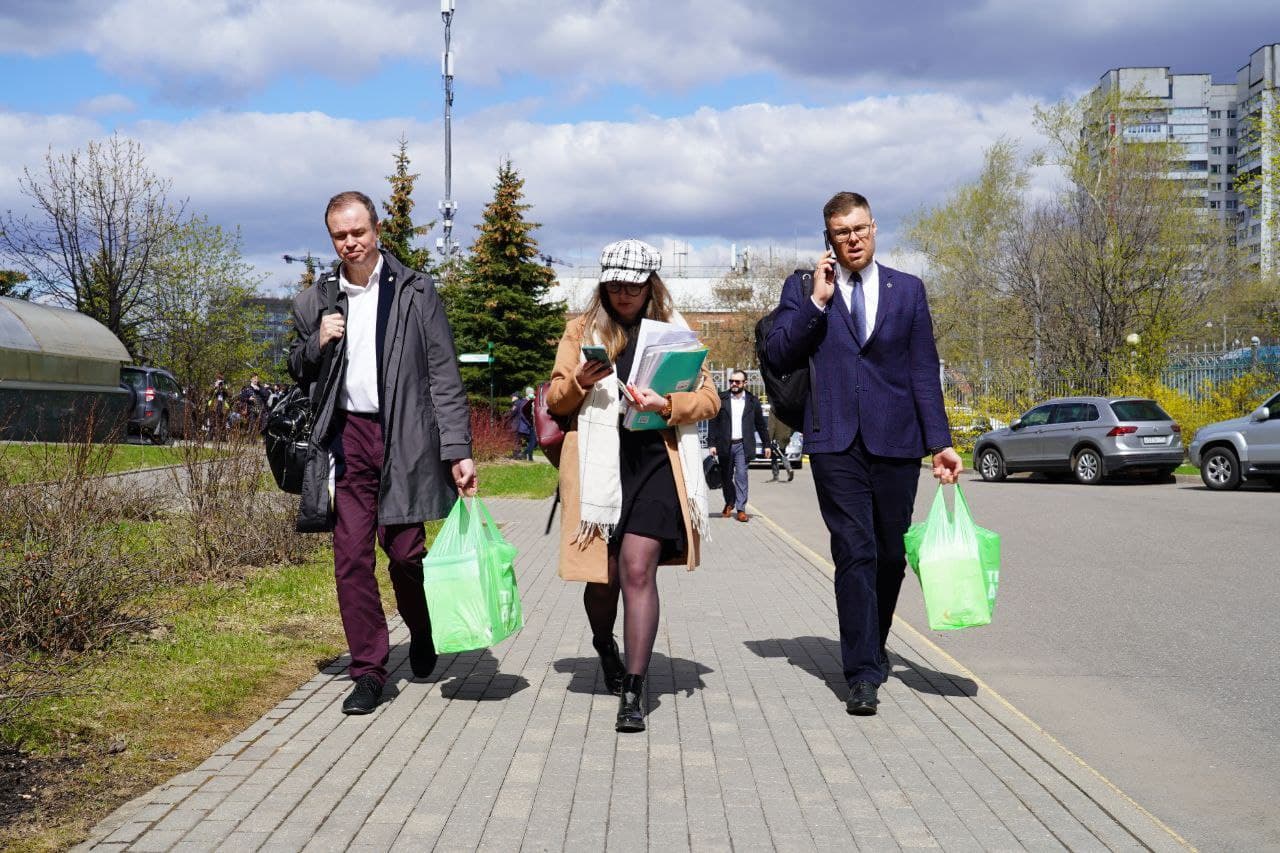 Lawyers of the "Team 29" agency carry plastic bags with extensive material against Navalny-backed groups. (Photo: Team 29)The Moscow City Court “has decided to use the interim measures of protection in the form of prohibiting certain acts with regards to the Anti-Corruption Foundation and the Citizens’ Rights Protection Foundation non-commercial organizations," the court said, according to the Russian news agency Tass.

Prosecutors believe that these organizations “are setting conditions for destabilizing the socio-political situation, and that their goal is to orchestrate pretexts for changing the foundation of the constitutional order, namely by using a ‘color revolution’ scenario,” the agency said, referring to a wave of pro-democracy protests in post-Soviet countries and the Middle East a decade ago. In all of those revolutions, non-governmental organizations played a pivotal role.

“The prosecution also thinks that these structures are carrying out the activity of foreign and international organizations considered undesirable on Russian soil,” read the agency report.

However, if marked as “extremist,” the FBK could be put on Russia’s National Anti-Terrorism Committee’s “Terrorist and extremist organizations and materials” list, which includes groups such as al-Qaeda or ISIS.

“Team 29” (Команда 29), a group of lawyers defending Navalny and his organizations said the court gave them two bags of material, some of which is labeled “confidential,” and only two days to study thousands of pages.

“What we saw is a chronicle of repressions against Alexei Navalny and his supporters. We do not understand what was the basis for the classification,” the team stated, referring to the label “extremist.”

Court’s officials did not comment on the details of the interim ruling, saying that the copies of the decision were sent to the parties involved, but FBK Director, Ivan Zhdanov, published a part of the document.

It said that the foundation is no longer allowed to disseminate its materials via the Internet or other mass media, or to organize and hold demonstrations, mass actions or any other kind of public events, or to take part in referendums or elections. That would include the forthcoming elections for the Russian Duma (parliament), scheduled for September this year.

The foundations have also been banned from using their bank accounts, except for paying fines and taxes.

Zhdanov described the sanctions as “stupidity”, explaining that FBK, as a legal entity, had never organized a rally and it had never run for the elections.

Just a day earlier, the Moscow Prosecutor’s Office requested suspension of organizations supporting the Russian opposition leader Navalny, banning the activities of the so-called Navalny Headquarters across the country, according to FBK.