Russia’s Ministry of Justice declared on Wednesday opposition leader Alexei Navalny’s Foundation for the Fight Against Corruption (FBK) - a “foreign agent,” which forces the anti-graft group to from now on disclose its donors and objectives. 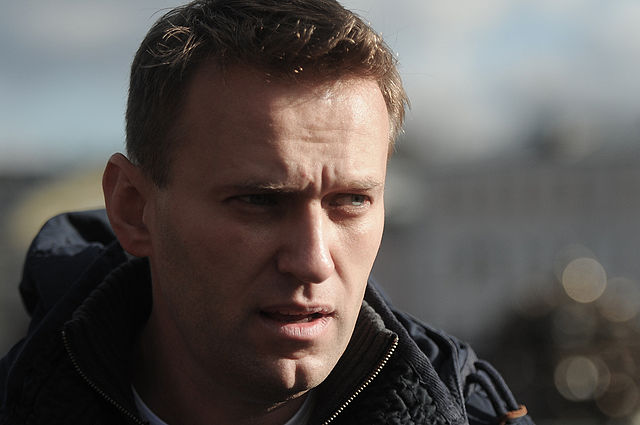 Alexei Navalny (Photo: MItya Aleshkovskiy (CC BY-SA 3.0))A Ministry statement justified the move with allegations that the FBK was receiving foreign funding. Russian authorities will now be able to closer watch Navalny’s group, as the country’s 2012 law “requires foreign agent groups to submit regular reports on their sources of funding, on their objectives, on how they spend their money, and who their managers are.”

Navalny firmly rejected the Ministry’s decision and tweeted his demand that the “Justice Ministry publicly explain to everyone and provide evidence that the FBK has received at least one cent of foreign money!”

He also tweeted that President Putin “is terribly afraid of FBK, as he relies on the power of thieves, bribe takers and corrupt officials, and we (FBK) expose corruption.”

Navalny’s FBK has also immediately reacted stressing that the “Fund and its employees have never received foreign funding.”

“The FBK is sponsored exclusively by Russian citizens. All of our activities are absolutely transparent, and the Ministry of Justice is well aware of this, since we regularly submit reports to them,” FBK said in a statement.

It added that the “multimillion-dollar lawsuits, trumped-up criminal cases, and now listing foreign agents are all attempts to strangle FBK,” and force it to stop investigations.

“While this act of vengeance against an organization founded by a prominent Kremlin critic is nothing new, we note it targets one of the largest civil society networks in the country,” warned the head of the human rights group, Natalia Zviagina.

She added that the decision of the Russian Justice Ministry is “a further warning to opponents of the Russian Government and to any independent political initiatives in Russia, that the authorities will not tolerate anything that can effectively galvanize critical public opinion and protest.”

Together with its supporters and allies, Navalny led political protests against the exclusion of opposition and independent candidates from the city council vote in the eve of the local election in Moscow this summer.

The protest grew into the biggest sustained movement in Moscow in years.

In late July, Russian police arrested Navalny over protest plans, while a week later authorities launched an investigation into Navalny’s FBK on suspicion of laundering one billion rubles (US$15.3 million).