Report: Italian Mafia’s Cut in Tourism Sector is Over $2.6 Billion

Italian organized criminal groups have infiltrated the country’s robust tourism sector to the tune of US$2.6 billion in 2020, a recent report by Italian think tank Demoskopika, revealed. The groups take control over legitimate businesses in order to launder revenue from illegitimate enterprises like drug and arms trafficking, experts say. 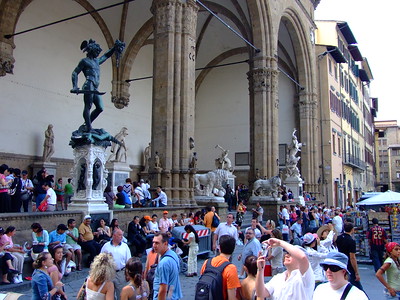 For the mafia, control over legitimate enterprises such as tourism and hospitality entities are increasingly valuable, as their revenue from illegitimate enterprises like drug and arms trafficking grows. (Photo: eGuide Travel, Flickr, License)That revenue is split between three major regional groups -- Sicilian Cosa Nostra, Neapolitan Camorra and Calabrian ‘Ndrangheta, as well as smaller criminal groups in southern Italy’s Puglia and Lucania regions.

Though $2.6 billion is barely one percent of tourism's total contribution to Italy's GDP, nearly $280 billion in 2019, according to Statista, it still represents a significant foothold in one of Italy’s largest industries.

According to Demoskopika, some 4,400 businesses are at risk of mafia infiltration, largely for the purpose of money laundering. The problem has only been exacerbated by the coronavirus pandemic.

As the world's 5th most visited country in 2019, tourism amounts for some 13% of Italy's GDP. However, border shutdowns and global travel restrictions have put the industry in dire straits.

“Over 13% of companies in the tourism sector are at risk of default due to COVID,” Demoskopika’s Director Raffaele Rio said. That makes them especially vulnerable to the aggressive economic infiltration strategies of organized crime groups.

“The mafias try to bend the entrepreneurs with attractive criminal welfare tools capable of guaranteeing business survival,” Rio said. To that end they offer to cover soaring debt, provide greater financial security through their entry into the business, slowly acquiring more and more until sometimes they even fully control the business.

“A perverse circuit,” Rio called it. “Aimed at strengthening the control of criminal families in the area, and at increasing their social consensus that feeds serious illegal behaviors such as money laundering, usury and extortion.”

Sergio Nazzaro, an expert on organized crime, who formerly served as spokesman for the president of Italy’s Parliamentary Anti-Mafia Commission doesn’t like the word ‘infiltration’ in this context.

“When someone tries to infiltrate, you want to stop him, you close the door or the window to keep him out,“ he told the OCCRP. Instead Nazarro called the mafia’s techniques a kind of  “creeping welfare.”

When a growing business falls short on funds, it’ll do whatever it takes to stay alive, Nazzaro explained. That’s when the mafias swoop in, he said. They offer support, and maybe even at a discount, but now they have influence over the business.

“They can blackmail you, and so on,” Nazzaro said. “Eventually they don’t need your money anymore, but they need your flat, or your silence, or whatever else.”

Of the groups involved, the largest single actor is the ‘Ndrangheta. It’s infiltration into the tourism sector is thought to be worth nearly $1 billion alone. ‘Ndrangheta is Italy’s largest organized criminal group, whose illicit enterprises alone were once estimated to be around three percent of Italy’s total GDP.

The mafia’s revenue is so high, according to Nazzaro, they don’t just acquire individual businesses and launder it but full industries.

“We’re talking full economic empires,” Nazzaro said. “Construction, food distribution, you name it. Whatever they want, they take control of. They have so much money they don’t know what to do with it.”

In early 2020 alone, Demoskopika saw a 242% increase in the number of suspicious final transactions coming out of the tourism sector, which may indicate money laundering.

If the economic crisis for the tourism sector continues, those 4,400 businesses at risk of coming under the influence of Italian organized crime may grow to as many as 33,000, Demoskopika said.

To that end, Nazzaro said one of the most important factors in countering the mafia will be how Italy manages its economic recovery. If handled incorrectly, or with too much bureaucracy, it will give the mafia more space to swoop in and spread its influence.