Unorganized Crime: Narco-Cats and the Plot Against the Internet

Giant clam shells, cyberattacks against Dutch cheese distributors, cats used to smuggle drugs into prison, and the man who tried to ‘blow up the internet’ — OCCRP’s Daily News team here with your regular roundup of oddities from the world of corruption and organized crime. 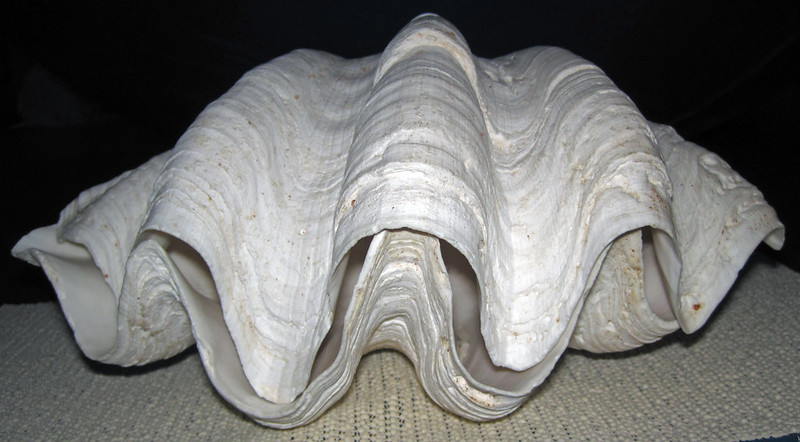 Black market giant clam shells have recently emerged as a lucrative alternative to ivory (Photo: James St. John, Flickr, License)An environmental crime worth a boatload of clams this week, after authorities in the Philippines seized an illegal shipment of the crustacean’s shells valued at more than US$25 million.

The country’s coastguard told press that four suspects had been arrested on Green Island in the Sulu sea over what was described as the largest ever bust of its kind in the area.

Amid the ongoing global crackdown on the illicit trade in elephant tusks, wildlife criminals are increasingly turning to clam shells for sale on the black market as a substitute for ivory.

Home to the lion’s share of the world’s largest clam species, the Philippines has recently emerged as a central hub for this burgeoning underground trade.

Meanwhile in the United States, authorities announced the arrest of a man who was allegedly planning to bomb an Amazon data-storage centre, believing this would enable him to “kill off about 70% of the internet.”

Sean Pendley — also known by his online moniker “Dionysius,” after the ancient Greek god of wine — was detained shortly after purchasing a dummy explosive device from an undercover agent.

Conversations detailed in a criminal complaint against the suspect suggest he was under the impression the building was providing IT services to the CIA and the FBI, the latter ironically being the agency which actually apprehended him.

Investigators subsequently found that Pendley had also attended the riots at the Capitol Building on January 6, which notably involved a number of influential far-right conspiracy theorists.

Over in Panama, guards at the Nueva Esperanza prison in Colon province recently apprehended a cat making its way into the jail while wearing a collar loaded with what appeared to be crack, cocaine and marijuana.

It’s understood not to have been the first time prisoners have used animals to sneak drugs into the facility. After contacts on the outside have prepped the pets, inmates reportedly use food to lure their unwitting accomplices to their cells, with homing pigeons apparently being another popular choice.

In the Netherlands, supermarkets across the country have lately faced a shortage in prepackaged cheeses, apparently because of a cyberattack against a large-scale food distribution firm.

Bakker Logistiek recently confirmed that the dip in supply was the result of a ransomware attack over the Easter weekend. It said it had since regained control over its systems, but did not disclose whether it had paid money to the culprits.

Finally, a scandal from the world of local Scottish football, after ex-Airdrie and Peterhead midfielder Nathan Blockley pled guilty to acting as a mule in a cross-border money laundering operation.

Police had arrested Blockley after he withdrew fraudulently-obtained funds from his bank account in 2018. The sting was reportedly part of a surveillance initiative called “Operation Influence,” which has seen authorities probing the use of local account holders in Scotland as vehicles for dirty cash flows from abroad.