The Prime Minister of Haiti, Joseph Jouthe, announced on Wednesday his resignation amid a growing wave of crime, including kidnappings for ransom, and a longstanding political crisis. 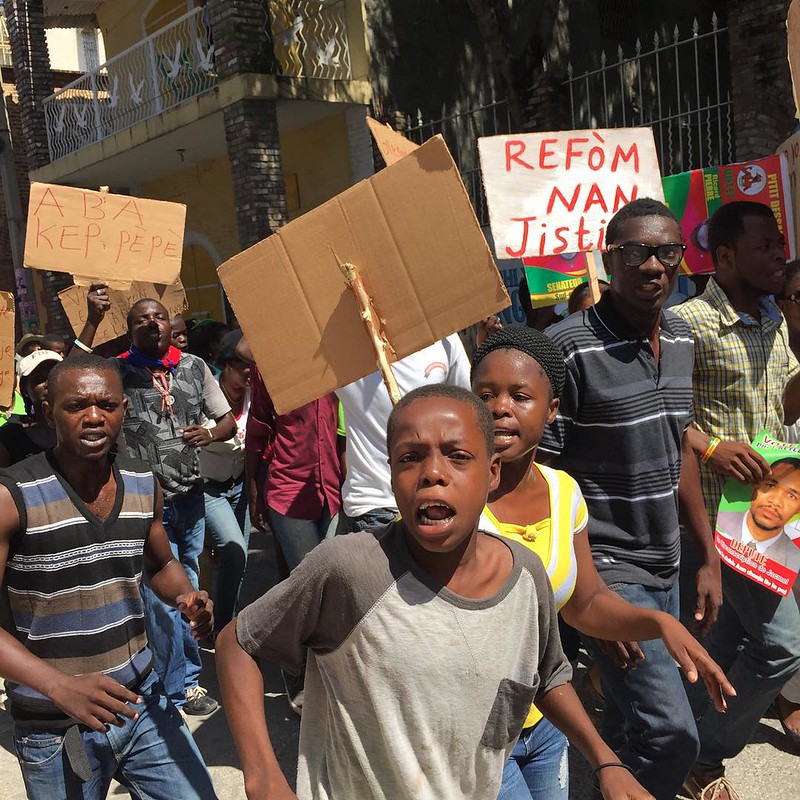 Haiti has seen a surge of kidnappings, violence and protests in recent months. (Photo: Georgia Popplewell, Flickr, License)Just this week a gang asked for a US$ 1 million ransom for five Catholic priests and two nuns who were abducted in the suburbs of Port-au-Prince. Another gang broke into an orphanage, killed a guard and sexually assaulted two children.

The island has also seen protests erupting in the capital and other provinces in the past months. Thousands of citizens took to the streets to protest against President Jovenel Moïse, accusing him of turning the country into a dictatorship while not managing the crisis.

Jouthe announced his decision to step down as prime minister via Twitter without offering any details as to why he is resigning.

“It has been an honor to serve my country as prime minister. I thank the members of my government, the technical and financial partners for their collaboration,” Jouthe wrote.

Shortly after the announcement, President Moïse appointed Claude Joseph as interim prime minister and said the government is mobilizing resources to tackle criminality.

The Caribbean country has seen a surge of kidnappings, violence and protests in recent months. In March, armed men kidnapped a pastor and three people during a religious ceremony streamed via Facebook and Youtube. The hostages were reportedly released days later after a ransom was paid.

Before his resignation, Jouthe deployed more police officers to neglected areas outside the capital which had become easy targets for criminals.

The deteriorating security situation in Haiti has raised concerns internationally. This week, the Organization of American States (OAS) urged the government to protect the population and combat the growing violence.

Moïse has ruled Haiti by decree for more than a year because the country has been without a parliament since early 2020 due to election delays.

The Haitian president has said he plans to hold a constitutional referendum in June this year, while the overdue legislative elections are expected to be held in September.