The European Union released on Monday a detailed report it publishes every four years outlining current and future threats serious and organized crime can pose to the EU, according to a press release. 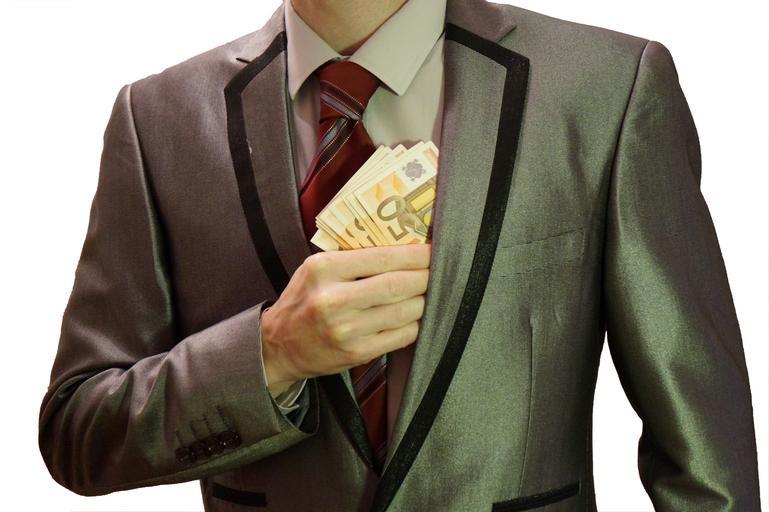 Corruption takes place at all levels of society and can range from petty bribery to complex multi-million-euro corruption schemes, EU report said. (Photo: Kiwiev, Wikimedia, License)This year’s EU Serious Organized Crime Threat Assessment 2021, or SOCTA, discussed the adaptability of criminals, especially within the framework of the COVID-19 pandemic which saw crime figures and groups shift their operations to cope with the changing landscape of the EU noting in particular a surge in malware and cyber attacks.

“While some criminal activities will or have returned to their pre-pandemic state, others will be fundamentally changed by the COVID-19 pandemic,” the report said.

“The experience of law enforcement authorities have shown that even successful and far-reaching disruption of criminal networks has little long-term consequence for the overall activities of organised crime,” the report said.

“Like the Hydra of Greek mythology, removing one head does not kill the monster.”

Trade in illegal drugs continues to “dominate” the world of organized crime in the EU accounting for a large portion of criminal profits, money laundering and violence linked to organized crime, according to SOCTA. The report specifically mentioned cocaine trafficking which it said was being transported into the EU from Latin America in “unprecedented quantities” as well as the cannabis trade and synthetic drug trade.

The impact of COVID-19 on organized crime has been extensive and is predicted to continue with the anticipated economic recession, according to SOCTA. The pandemic has created new opportunities for criminals in the online space and in fraud and counterfeit goods that are in high demand like PPE.

With the possibility of a large economic recession looming, SOCTA warned of more opportunities for criminals to exploit those who are struggling to recover.

“It is likely that criminals will exploit vulnerabilities in the economy to infiltrate legal businesses in order to facilitate their criminal activities,” the report said. “This may entail loaning funds to struggling businesses and making them dependent on criminal financiers or directly buying up companies in financial difficulties.”

Of particular concern is the rise and availability of cybercrime. With the technological advancements available to the masses, the presence of crime as a service models and access to online criminal resources, the threshold for committing cyber crime is low and easily accessible.

“The threat from cyber-dependent crimes is set to further increase in volume and sophistication over the coming years,” the report said. “Cybercrime is highly dynamic, exploiting rapidly advancing technologies. Critical infrastructures will continue to be targeted by cybercriminals in the coming years, which poses significant risks.”

Organized crime is supported by corruption with over half of criminal groups reported in SOCTA 2021 engaging in some form of corruption. The report called the abuse of power “widespread” in the EU and remarked that due to underreporting, corruption often goes undetected. This led Europol to determine that corruption in the EU is more prevalent than originally thought.

“Corruption takes place at all levels of society and can range from petty bribery to complex multi-million-euro corruption schemes,” the report said. “Corruption erodes the rule of law, weakens institutions of states and hinders economic development.”