In a joint operation led by Interpol, police from 24 countries arrested 195 suspects of human trafficking and migrants smuggling and rescued 500 victims, including children, the international police organizatrion said on Friday. 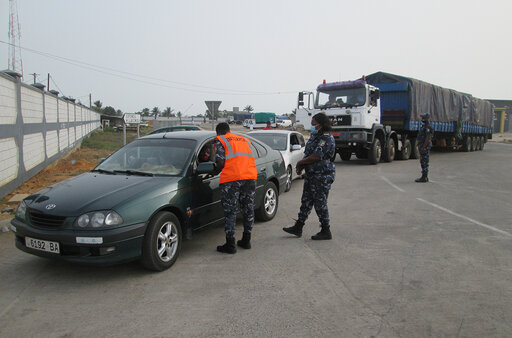 Police officers in action. (Photo: Interpol)Operation Weka targeted criminal groups operating in Europe and Africa and was coordinated out of Morocco, where local authorities arrested 49 people.

Out of 195 arrests, 88 people face charges for human trafficking and 63 others for people smuggling. The remaining detentions relate to document fraud, theft, drug crimes, and environmental offenses.

Sudanese authorities rescued 100 people and arrested 20 suspects who attempted to traffick victims to the Middle East and who exploited children in a local plastic factory.

Meanwhile, police in the Democratic Republic of Congo rescued 29 Lebanese, Syrian and Jordanian nationals. A local construction company seized the victims’ passports and had been forcing them to work without paying any wages.

Interpol said the operation exposed the close links between migrant smuggling and human trafficking in the region, especially in the context of a pandemic-induced recession in which criminals had taken advantage of the most vulnerable.

As people get desperate to escape hardship, organized crime has opted for more dangerous paths for human trafficking and migrant smuggling due to border restrictions.

A survey revealed last January that these trends pose a greater risk and expose migrants to exploitation and longer journeys in dangerous environments, such as sealed lorry containers or small boats.