Tighter border restrictions imposed in response to COVID-19 have pushed migrants and refugees further into the hands of smugglers who have upped prices and been forced to choose more dangerous routes, according to a recent survey. 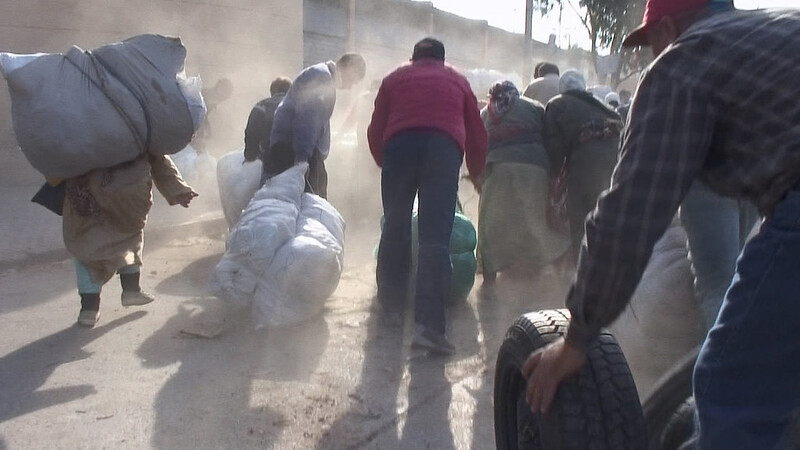 Migrants and refugees also face increased hostility toward migration, xenophobia and barriers to repatriation, leaving many stuck in a foreign countries. (Photo: Stéphane M. Grueso, Flickr, License)These trends pose a greater risk to migrants and expose them to exploitation and longer journeys in dangerous environments like sealed lorry containers or small boats. More than 70% of migrants surveyed in Niger, Malaysia and Tunisia reported that smugglers are using more dangerous paths.

“Nowadays some smugglers in the country of origin provide personal loans for migration journeys and that money sometimes needs to be paid back in double or with higher interest,” a Bangladeshi migrant interviewed in Malaysia told the Mixed Migration Centre, MMC, which collects data on migration.

The MMC survey interviewed migrants and refugees from West Africa, North Africa, Latin America and Asia, many of whom described greater difficulty accessing smugglers despite the increased demand.

While the survey responses varied regionally, reflecting differences in smuggling economies, some notable trends appeared: out of 1419 respondents, 47% reported increased difficulty crossing borders since the beginning of the pandemic, around half of those surveyed reported an increase in smugglers’ prices and 37% cited a greater need for smugglers - a sentiment observed at a much lower rate in Asia.

Senior Analyst for GI-TOC, Lucia Bird Ruiz-Benítez de Lugo, described human smuggling as existing on a continuum, and cautioned against classifying all smugglers in the same way. While some smuggling groups are organized criminal enterprises, others are loosely affiliated entrepreneurs and not all human smugglers are violent toward migrants although survey respondents in North Africa and Malaysia were more likely to identify smugglers as perpetrators of violence.

“A criminal justice approach to what is a development in migration challenges are not going to be effective and possibly pose disproportionate harm to the low level and marginalized groups who are themselves involved in smuggling,” Bird said.

Migrants and refugees also face compounding factors of increased hostility toward migration, xenophobia and barriers to repatriation, leaving many stuck in a foreign country, hostile to their presence with no means to continue on or return home.

“We essentially have a worsening humanitarian emergency across a range of places in the world, which means that more and more people need to move and are losing their livelihoods,” Bird said. “It’s just logical that while they can’t move legally they will use smugglers.”