Malaysian customs officials said on Tuesday that they have seized captagon pills worth US$1.2 billion that were hidden in trolley tires, making it the biggest drug haul ever recorded in the country. 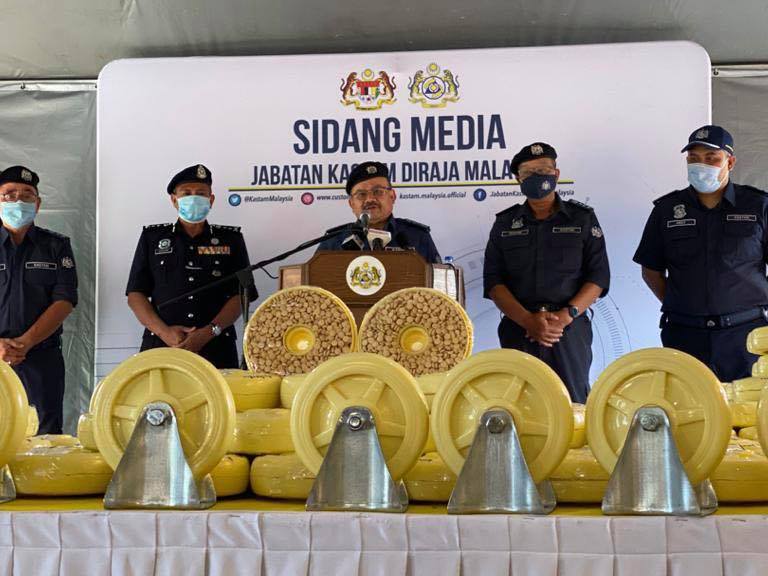 Malaysian customs seize record amount of drugs. (Photo: Malaysian Customs, facebook)In cooperation with the Saudi Arabian Ministry of Interior, officers intercepted the shipment coming from an unnamed country in the Middle East. It was believed to be headed to a third country in East Asia and contained approximately 94.8 million captagon pills, weighing 16 tons.

“This security cooperation is considered to be the biggest success in fighting international drug cartels,” the department said in its statement.

Nobody has been arrested yet in connection with the smuggling, but if found and convicted, the perpetrators risk the death penalty.

Captagon production and smuggling is rife in the MENA region, and given its ideal location as an intersection between Europe, Africa and Asia, it has become a nucleus of illicit production and distribution.

Captagon and other illegally produced drugs are usually recorded as being smuggled into the Gulf or Europe through Italy. But with production on the rise amid internal conflict and a diminishing rule of law, this monumental seizure suggests not only an emerging route into Southeast Asia, but also, given the quantity, an emerging demand.