Report: Crime Syndicates Mutate in the Levant Amid War and COVID-19

Combined with the ongoing normalisation of regional instability and violence, the COVID-19 pandemic has brought on new opportunities for criminal expansion in the Levant, where illicit activity could become a “permanent and pervasive fixture,” experts say. 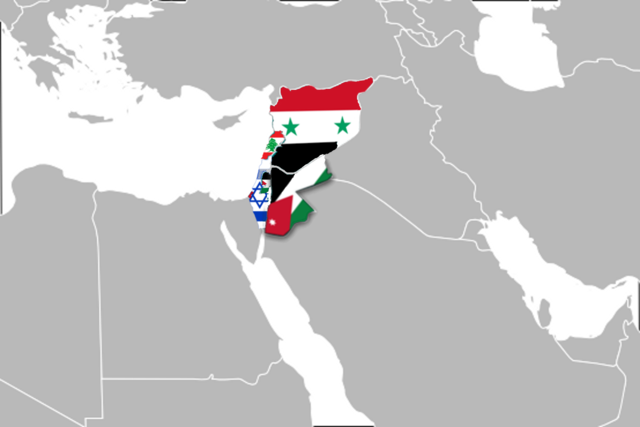 The war in Syria has also increased arms supplies in neighbouring countries. (Photo: روخو, Wikimedia, License)Focusing on Iraq, Lebanon and Jordan in the context of the war in Syria, a report published by the Global Initiative Against Transnational Organized Crime on Monday is shedding light on how organized crime and illicit economies have in that region thrived against the backdrop of COVID-19, economic hardship and growing public disorder.

Through a cross-analysis of the region’s illicit markets, the report draws on how criminal drugs, arms and people markets have not only been fuelled by regional instability and violence, but have in turn fuelled it.

In Syria, for example, a diminishing rule of law in the context of war and political unrest has aggravated drug trafficking routes, along with production. Alongside this is an increase in demand, with communities dealing with the trauma of war and fighters turning to narcotics.

The report cites a variety of circumstances, from “limited political will” to weak border controls, which have allowed criminals to easily move illicit goods with little oversight.

Reflecting on how these illicit markets and flows pose challenges to regional development and stability, the report also warns that the surge in people and weapons smuggling across Jordan’s vast desert borders “has the potential to destabilize what is seen by external actors as a relatively neutral anchor in the region.”

The war in Syria has also increased arms supplies in neighbouring countries. Especially Jordan has seen a growth in its illegal arms economy — a demand which, the report says, organized crime “entrepreneurs,” have been “all too willing” to meet.

But Jordan’s problems don’t end there.

The report highlights how the influx in refugees from Syria has created socio-economic problems for the country, including “increased poverty, unemployment, budget deficits, and pressure on healthcare and education infrastructure,” which has in turn led to increased political instability and corruption.

Illicit flows have also been exacerbated amid the “perceived inadequacy of government responses” to COVID-19. Since its outbreak in March 2020, there has been a higher risk of black-market smuggling of medical equipment and supplies, which is reflected in the surge in seizures of smuggled items.

Additionally, the report examines how disruptions to supply chains have resulted in a “free-for-all” in the production of narcotics, “as counterfeit drugs and substandard medical supplies circulate in an uncharted and chaotic environment.”