Belgian and Dutch authorities searched on Tuesday more than 200 premises and arrested nearly 50 people after accessing hundreds of millions of messages that were exchanged between suspected criminals through an encrypted messaging network allegedly called Sky ECC. 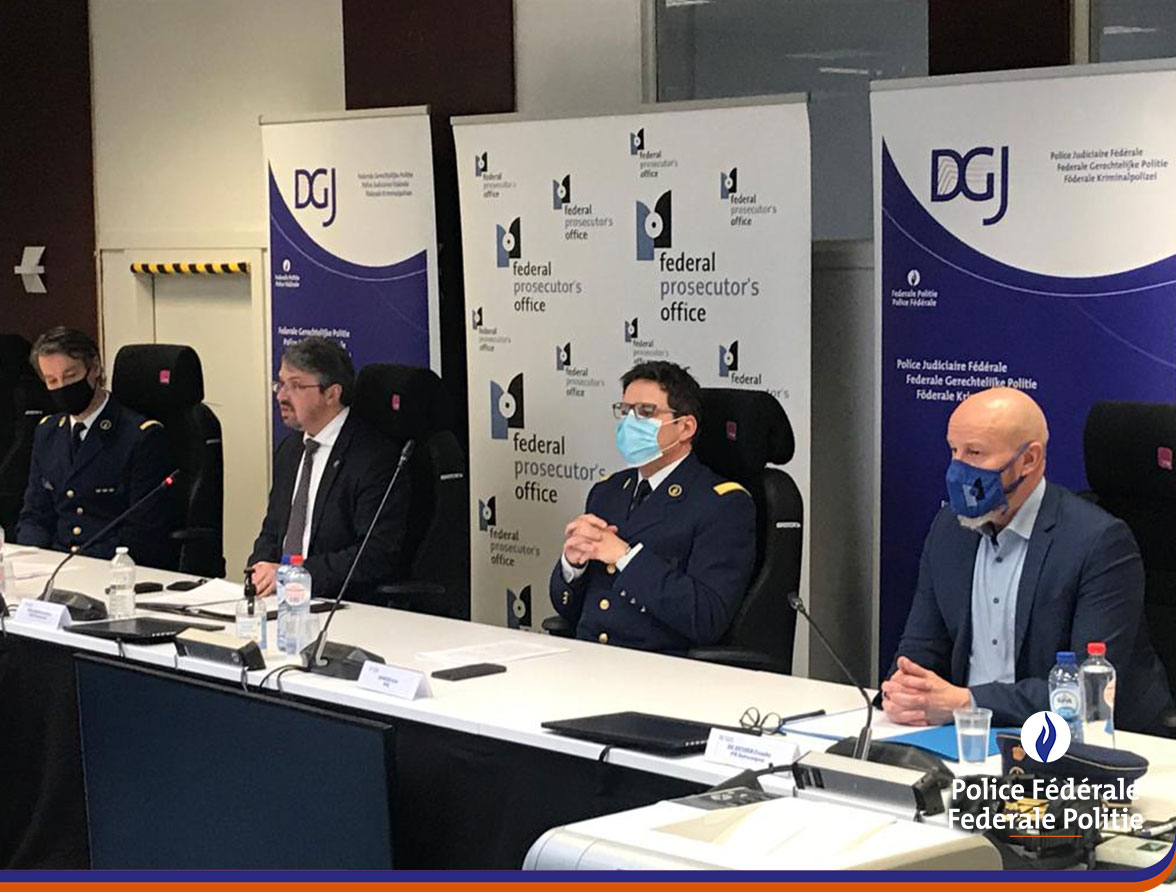 Press conference about Sky ECC operation. (Photo: Belgium Federal Police)In a mega operation carried out by about 1,600 officers throughout Belgium and the Netherlands, police intercepted 14 tons of cocaine and seized over 1.2 million euros (US$ 1.4 million), Belgian Prosecutor’s Office said in a statement.

Prosecutors said that they had been live monitoring the encrypted messages exchanged between criminals through cryptophones since mid-February. Officers intercepted nearly one billion texts but have been able to decrypt half of them, with conversations suggesting that the criminal gang was operating in Antwerp's port, in northern Belgium.

In 2018, the Prosecutor’s Office launched an investigation into the use of the Sky ECC cryptophones locally and determined that around 25% of the active devices are in Belgium and the Netherlands, or nearly 18,000 users of a total of 171,000 devices worldwide.

Tuesday’s operation comes on the heels of the one from April last year when European law enforcement dismantled EncroChat, a crypto messaging network with 60,000 subscribers used by criminals worldwide. The crackdown resulted in more than a thousand arrests.

Belgian authorities suspect that Sky ECC knowingly provided service for criminals, saying that the North America-based company's purpose seemed to be “making police detection as difficult as possible.” The cost of these devices ranged from $950 to $2.380 for a six-month service.

“The organization has full control, allowing it to provide services remotely. It uses its infrastructure, private servers, and its own SIM cards,” Belgian prosecution said. The statement added that Sky ECC’s server also automatically erased all data stored in the device after some time.

The crypto phone company issued a statement on Tuesday following the European authorities' remarks and said that the devices intercepted by the Belgian police are counterfeit phones commercialized by unauthorized resellers.

“This ‘EU’ phone is not one of ours and is not sold by us,” said Jean-François Eap, CEO of SKY ECC. “We know that someone has been passing themselves off as an official reseller of SKY ECC for some time and we have been trying to shut it down through legal channels for almost two years.”

The company said the resellers used a fake phishing application branded as SKY ECC. They also denied having been contacted by European law enforcement, and said the allegations against SKY ECC have been “very damaging”.