Of the US$245 billion lost around the globe each year to corporate tax abuse, over two-thirds are extracted by jurisdictions that are members of the main organization responsible for writing the global standards, the Tax Justice Network revealed on Tuesday upon release of its 2021 Corporate Tax Haven Index. 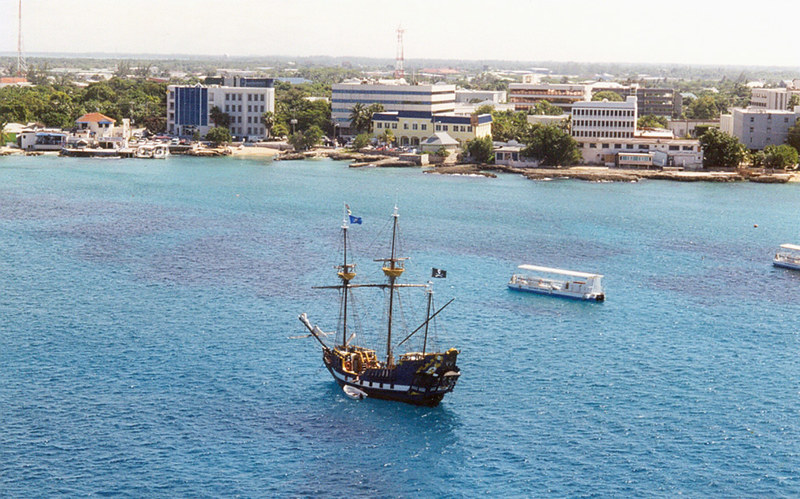 The Cayman Islands, a British Overseas Territory, ranked second on the world's Corporate 2021 Tax Haven Index (Photo: Roger W, Flickr, License)The NGO found that the top six tax havens in the world are all members or dependencies of the OECD, an international organization comprised of wealthy member states which is widely seen to be the main policymaker regarding international taxation.

“To trust the OECD in light of the index’s findings today is like trusting a pack of wolves to build a fence around your chicken coop,” said Dr. Dereje Alemayehu, the executive coordinator of the Global Alliance for Tax Justice.

Civil society organizations and tax justice advocates argued that these findings reaffirmed the need to transfer global tax policy making responsibilities from the OECD to the United Nations, which they argue is more inclusive, representing lower-income countries that are disproportionately impacted by global tax abuse.

This movement appears to be a more distinct possibility after the UN’s High Level Panel on International Financial Accountability, Transparency, and Integrity (FACTI) met at the end of last month to discuss the possibility of a new intergovernmental body at the UN that would help set global tax rules.

While developing countries have been the hardest hit by the international corporate tax system, advocates also warned that the majority of every country, including the most developed ones, have also been impacted, with dwindling government revenues being unable to keep up with necessary investments to healthcare, education, social security, or the environment.

“Over the past 60 years, the OECD has shaped global tax policy into a tool for prioritizing the profits of the biggest multinational corporations over the needs of everyone else, exacerbating the inequalities women and other social groups face,” said Irene Ovonji-Odida, one of the FACTI panellists.

Following many calls by OECD countries to push for a stronger commitment to gender equality on Monday, International Women's Day, Ovonji-Odida argued that “it’s time we reshaped global tax policy into a tool for repairing gender inequality, not fuelling it,” arguing that “the first step towards this goal is to establish a UN tax convention.”

Another issue raised by the Tax Justice Network upon release of its tax haven index is that OECD tax standards do not adequately identify jurisdictions that are causing the most damage to the loss of global tax revenue.

She added that every time tax havens like the Cayman Islands – which ranked as the second most prominent tax haven worldwide – is criticized for facilitating billions in corporate tax abuse, “they immediately retort that everything they do is above-board with the OECD’s global standards.”

“To get approval from its most powerful member countries, the OECD had to water-down its global tax rules to the point of obsolescence. Rather than eliminating tax havens, the OECD’s global rules normalized them,” Harari explained.