A Tunisian court sentenced the brother-in-law of ousted President Zine El Abidine Ben Ali to 10 years in prison for corruption, but he is unlikely to serve his sentence back home as France is refusing to extradite him, citing the potential of ill-treatment in Tunisian jails. 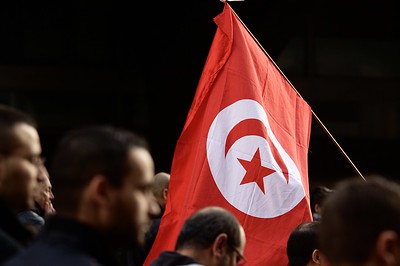 Tunisian attempts to have Trabelsi extradited have fallen flat so far. (Photo: Gwenael Piaser, Flickr, License)Belhassen Trabelsi fled the country in January 2011 when anti-corruption protests triggered the Arab Spring. He was denied asylum in Canada and was arrested in France in 2019 after Tunisia accused him of fraud, embezzlement and laundering criminal gains.

The pair were fined 40 million Tunisian Dinars (US$14.5 million) for transferring advertising revenues to, and using state television resources for the benefit of a private company.

Tunisian attempts to have Trabelsi extradited have fallen flat so far.

“The Tunisian State has presented to the French authorities all the necessary documents regarding the request for his extradition,” Attorney General at the judicial department of the Justice Ministry, Radhia Haj Salem, told TAP on Tuesday.

But a French Court of Appeal has ruled against the request, citing a "real risk of inhuman and degrading treatment and the lack of controls in case of ill-treatment in detention."

There will be no further trials, according to the court’s spokesperson.