Azerbaijan lost three cases in front of the European Court of Human Rights last week and will have to pay 282,850 euro (US$344,122) to the plaintiffs for violating their rights. 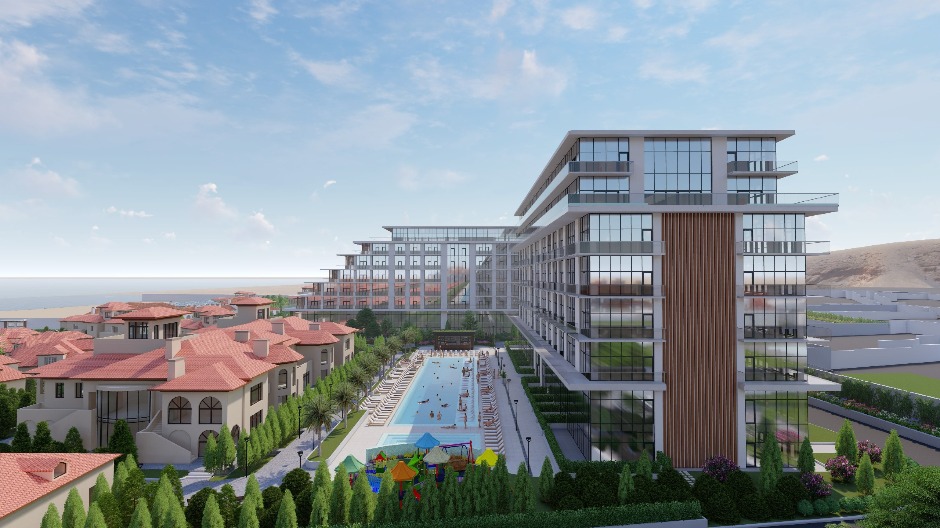 Luxurious Sea Breeze complex, Azerbaijan. (Photo: Crocus Group)In one case, the government was ordered to pay 234,000 euro ($284,690) to 18 people whose gardens have been years ago unlawfully sold to President Ilham Aliyev’s then relatives.

The city of Baku then handed over 30 hectares of seafront land the 18 plaintiffs had leased in the Nardaran neighborhood of Baku to the municipality, disregarding the contracts the 18 had signed years before with the dismantled institution.

The municipality then sold the land to the Crocus Group, a company owned by Emin’s father, Azerbaijani-born Russian billionaire Araz Agalarov, who was the president of the company, while Emin was the vice-president. Emin and Leyla divorced in 2015 but Emin’s company meanwhile built a luxurious resort called Sea Breeze at the disputed land.

The 18 residents took their complaints to the court and after years-long procedures in Azerbaijan, the case ended up in 2009 at the Strasbourg-based Court of Human Rights. Judges ruled on Thursday that the rights of the plaintiffs were violated and ordered the government to pay each of the 18 residents 10,000 euros ($12,166) in material damages and 3,000 euro ($3,649) in moral damages.

Lawyer Sevinj Aliyeva wrote on her Facebook page that she was approached by a representative of the Crocus Group who offered to reward her if she drops the case.

“It is true that the sum of the compensation is not so big compared to what Crocus Group earned with Sea Breeze, but for poor families, especially during this pandemic, the compensation will be welcome,” she wrote.

The other case Azerbaijan lost to two political prisoners, Mammad Azizov and Shahin Novruzlu. The two were members of NIDA, a non-governmental organization, and were arrested in 2013 on drugs, weapons and rioting charges after a series of demonstrations against deaths of soldiers in the Azerbaijani army in non-combat situations.

Azizov was in 2014 sentenced to seven years and six months and Novruzlu to six years in prison, but both were released the same year following a presidential pardon.

The court in Strasbourg ruled that the government has to pay 43,500 euros ($52,913) to them as compensation for illegal pre-trial detention.

The third case concerns a man who has been illegally detained after the pre-trial detention the court ordered ended. Ildar Rustamovich Fayzov is to get 5,350 euros ($6,505) from the government, according to the ruling.