Botswana’s lucrative yet controversial trade in donkey skins is back in the spotlight after an investigation published on Wednesday asserts that one of the country’s four licensed donkey abattoirs is still engaging in cross-border smuggling and environmental criminality. 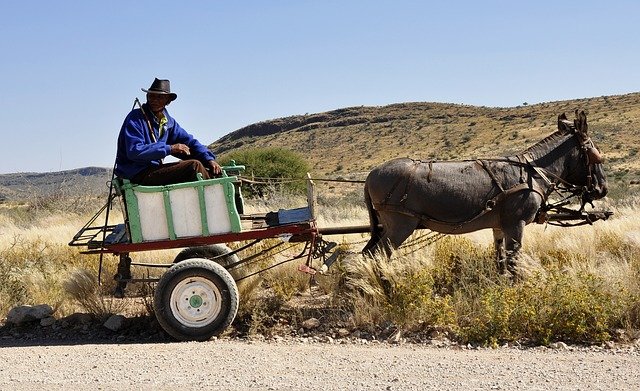 Donkey skin exports from southern Africa to China are a multimillion dollar industry. (Photo: Katja, Pixabay, License)Donkeys skin is in demand as it is processed into “ejiao” gelatin, one of the most valuable substances in traditional Chinese medicine, which is used in anti-ageing products like face creams.

Investigative environmental outlet Oxpeckers has alleged that despite being shut down in June 2017 for a litany of crimes, the Chinese-owned Bo Chang abattoir in Francistown, eastern Botswana, has made little attempt to comply with the law and continues its illegal practices.

These include surpassing daily slaughter quotas, dumping untreated effluent into the nearby river, employing illegal migrants and sourcing stolen donkeys from cross-border smugglers in Zimbabwe.

The Bo Chang Group’s slaughterhouse became infamous four years ago after the widely reported deaths of 500 donkeys held for days without food or water in overcrowded holding pens. The subsequent public outcry led the government to temporarily suspend all licences for the slaughter and export of donkeys and donkey products until sufficient oversight had been established.

However, less than a year later, in April 2018, Botswana backtracked and re-opened its donkey skin trade. The Bo Chang Group swiftly regained their license and, by March 2020, were slaughtering an estimated 50 donkeys a week.

Now, with donkey populations plummeting across east and southern Africa and locals in Botswana increasingly unwilling to sell to Bo Chang, the slaughterhouse is relying on smugglers more heavily than ever to stock its unsustainable supply, according to Botswanan animal welfare activist Mpho Kganyago.

“The cross-border donkey theft syndicates have now turned to smuggling animals from Zimbabwe to supply the Bo Chang Group abattoir” she told Oxpeckers.

Partly as a result of increased “ejiao” demand, which currently requires some 4.8 million donkey skins per year, China’s donkey population plunged by 77 % between 1990 and 2018, from 11.1 million donkeys to 2.5 million.

Prices have seen a corresponding jump of over 1000 percent: a donkey skin that sold wholesale for around US$32 in China in 2000 was going for $435 in 2017, with Bloomberg reporting the sale of some skins for over $1100 that year.

Since 2016, Chinese traders have therefore increasingly been forced to source skins from abroad, particularly from Africa, where donkeys remain crucial for transportation and agriculture.

Before banning the trade in 2020, Kenya was the regional epicentre, yet it still faces the same problem as its neighbours: allowing the trade dramatically reduces local donkey populations and facilitates theft, while banning it feeds smugglers and organized crime groups.

At present, the regional trade is mired in criminality, with poly-traffickers from Zimbabwe and Botswana operating contraband pipelines alongside their donkey smuggling businesses that traffic ivory, pangolin scales, contraband cigarettes and marijuana across jurisdictions.