Mexico’s President Andrés Manuel López Obrador asked the head of the Financial Intelligence Unit (UIF) to present a full report on The Riviera Maya Gang, after the regulator blocked nearly 80 bank accounts linked to the criminal organization suspected of having skimmed ATMs in Cancun and other tourist destinations across the country. 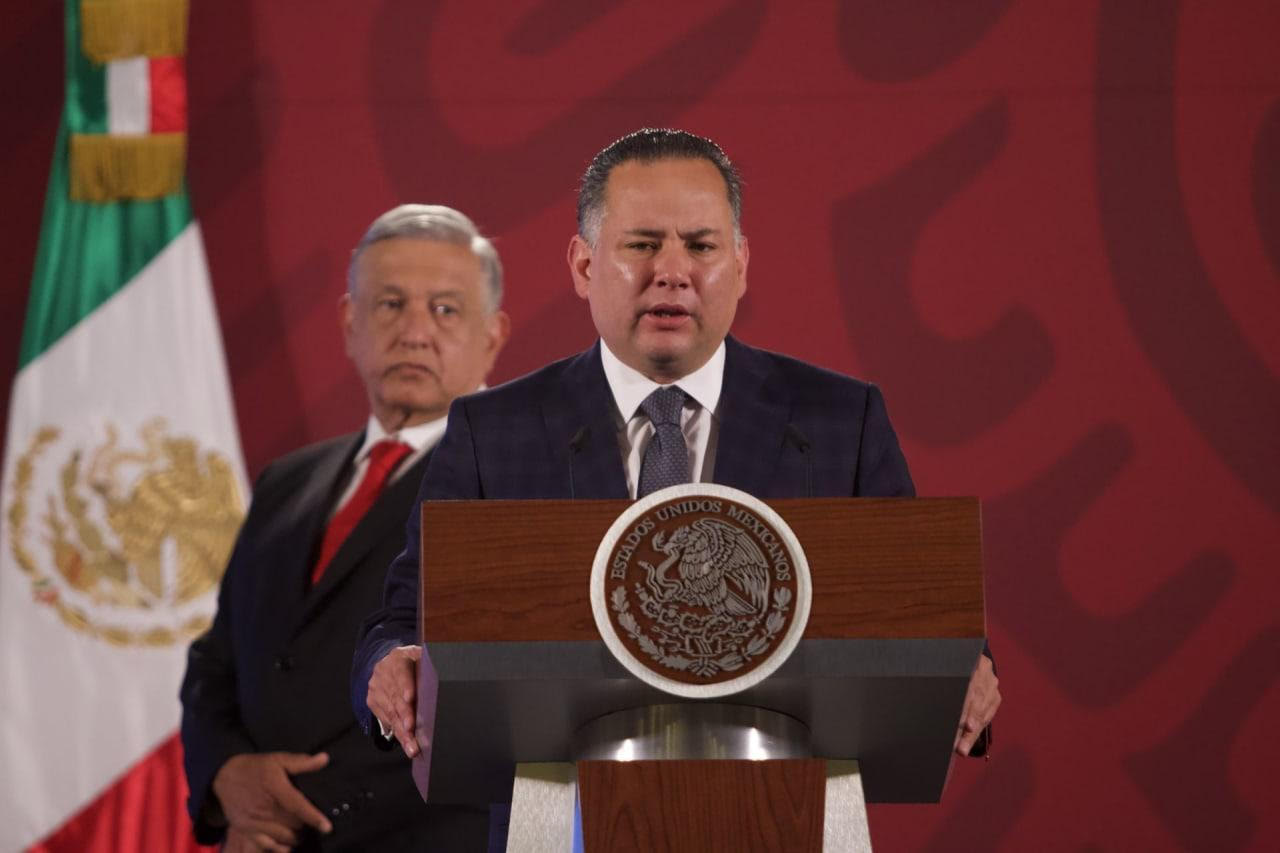 Santiago Nieto (C) and Andres Manuel Lopez Obrador (L) in a press conference. (Photo::Cuartoscuro)The frozen accounts reportedly belong to Romanian and Mexican gang members, including the gang's leader Florian Tudor. The Cancun-based group is believed to have looted around US$1.2 billion after cloning tourist’s credit and debit cards at compromised ATMs.

The personal details of the individuals and organizations sanctioned by the UIF were leaked last week to the local press.

During his daily morning conference, López Obrador said on Wednesday that UIF chief, Santiago Nieto, needs to explain the regulator’s decision to block the accounts in order to prevent errors in the investigation.

"I am going to ask Santiago Nieto to report on what we are doing. That is the best thing, for him to come here and inform the press…," López Obrador told reporters.

He also assured that if enough evidence is presented, those involved in the Riviera Maya case will be punished. "There is no protection, there is no cover-up on behalf of the authorities," the President declared.

On Tuesday, Florian Tudor addressed the Mexican President in a letter shared via Twitter, in which he complained about the way local authorities had treated him following the UIF announcement.

In the 12-pages-long letter, the alleged gang leader pleads not guilty and asks Lopez Obrador to intercede in what Tudor calls a “smear campaign” against him. He added that he has enough evidence to prove high-ranking officials plotted to damage his reputation.

Additionally, the Romanian citizen denies being part of a criminal organization and accuses the FIU of having purposely leaked the list of frozen accounts.

UIF and the National Banking and Securities Commission said they’ll punish those who leaked the details concerning the blocked accounts after Tudor’s threats to sue several government institutions for disclosing his personal information while he is undergoing a judicial process.

Tudor is waiting for the Mexican Supreme Court of Justice to accept his request for “amparo” (legal protection) so he can recover the assets confiscated during house searches in Cancun, Quintana Roo, in 2019.

A day before the financial regulator announced its order, local press reported that hundreds of Romanian nationals had been stranded at Cancun’s international airport, in southern Mexico, for four days. Authorities told news outlet Milenio then that 102 people had been repatriated, while 114 were waiting to return to their country.

When asked by reporters, López Obrador did not clarify whether the stranded Romanian citizens were related to the investigation into Tudor’s criminal organization.