A Russian-led, German medical firm issued a certificate to Olga Bondarenko, leader of the Ukraininan Party of Shariy (Партiя Шарiя) claiming she was medically unable to reside in Ukraine prior to running for elected office because she had been receiving continuous treatment and was not recommended to travel. 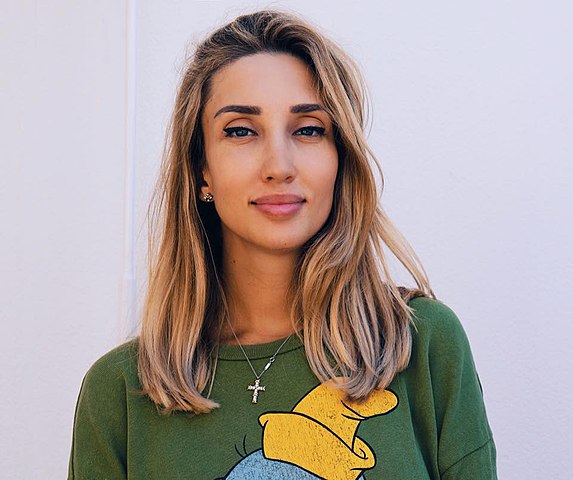 Olga Bondarenko Shariy, leader of the Ukrainian Party of Shariy. (Photo: Wikimedia, CC BY 4.0)The certificate, obtained by OCCRP partner Slidstvo.Info in German and Ukrainian, said that Bondarenko was unable to fly or take long trips by car because of back problems, yet  photos from her social media accounts show Bondarenko in Moscow, Rome, Paris, Vienna, Monaco, Madrid, Amsterdam and other cities during the four years she was supposed to be undergoing treatment in Germany.

This certificate was submitted to the Central Election Commission of Ukraine for registration as a candidate for early parliamentary elections in the summer of 2019, according to Slidstvo.Info.

Legally, the candidate has to live in Ukraine at least five years before running or provide convincing evidence as to why this was not possible. For example, Olga's husband Anatoliy Shariy was not registered as a candidate because he did not live in Ukraine and could not justify why.

The director of the company - Mikhail Khaitin graduated from the Higher Naval Academy in St. Petersburg and now specializes in medical tourism and marketing.

Journalists of Slidstvo.Info called the director of Medcologne under the guise of clients from Ukraine, who urgently needed to "close" the two-month absence from work with fictitious medical certificates. Mikhail Haitin assured them by phone that he "can do everything" and said that the cost of such a certificate from a German medical firm is 1,000 euros (US$1,212).

Bondarenko did not directly answer questions about the medical certificate during an hour of correspondence with journalists.

Medcologne also has other Ukrainian politicians among its clients.

In addition to Bondarenko, on June 14, 2019, Medcologne issued health certificates to two other candidates from the Shariy Party - Natalia Gordienko (ex-wife of the ex-MP from Party of Regions Volodymyr Katsuba) and Tetyana Guzenko (former wife of ex-official Oleksandr Katsuba).

All these certificates listed the various diagnoses of the candidates, due to which they were forced to be treated abroad for years.

In a phone conversation with a journalist of Slidstvo.Info, Tetyana Guzenko confirmed that she had taken this certificate for submission to the Central Election Commission. She also noted that she had lived abroad for a long time and could not find qualified doctors in Ukraine.

The court registry also mentions Medcologne, which is in fact only a mediator between patients and German doctors and clinics. It turns out that the client of a German company with Russian roots was also a candidate for parliamentary elections, Serhiy Katsuba, from Opposition Platform — For Life Party. He was number 23 on their list.

The CEC revoked Katsuba's registration because he had not lived in Ukraine for five years before election day. Katsuba also provided a certificate, dated June 14, 2019, from Medcologne, but the court ruled that "the certificate provided cannot fully disclose and confirm the patient's stay in treatment with reference to the medical institution in which the patient was treated."

Reporters asked the CEC about the principles of registration of three candidates from the Shariy Party - Bondarenko, Gordienko and Guzenko - and are waiting for an answer.