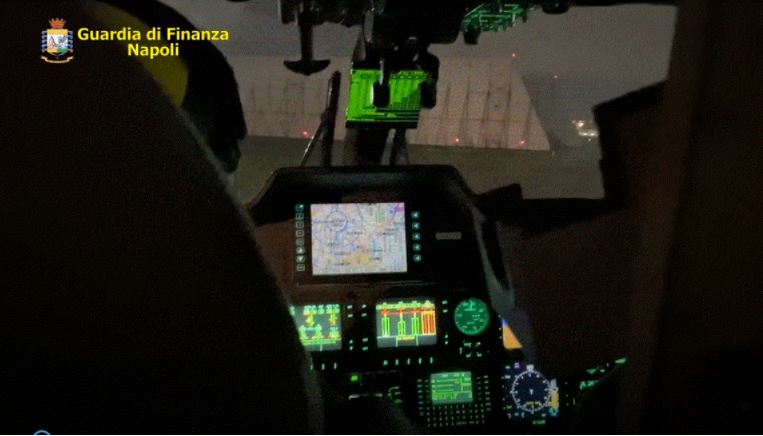 However, regional news outlets have rapidly identified the two clans as the Dannier and Manzi families, and listed the names of most of the detained individuals, including an alleged international drug broker who acted in a minor role in the Netflix series “Gomorrah” – a show about the Camorra, a criminal organization from the Naples area.

He is the latest to fall foul of the so-called “Gomorrah Curse,” with several actors in the 2008 film or 2014 series having been arrested in recent years for mafia-related offences.

Regarding the families’ offences, members of the Genovese clan, acting alongside the Gallo-Cavaliere clan of Torre Annunziata, trafficked hashish from southern Italy to Malta via Cosa Nostra intermediaries in Sicily. Members of the Dannier clan, which is deeply embedded in drug trafficking networks, acted as criminal brokers between Spanish drug syndicates and other Camorra clans.

The offences of the Manzi clan are not stated by the Guardia di Finanza, yet their prior involvement in cocaine trafficking from Colombia to Spain and former collaboration with Dannier members is already known. The Operation’s name –“Buenaventura”- reportedly refers to the Colombian port from which the Manzi sourced their cocaine.

The Dannier family was planning to supply the drugs to the dominant force in Secondigliano, the legendary Di Lauro clan. From the 1990s to the early 2000s, Paolo di Lauro was one of the most powerful Camorra bosses alive, controlling a vast empire of drugs, cigarettes and counterfeit textiles.

A lost mafia war and the arrests of several Di Lauros has fragmented that empire, however, leaving them only their heartland of Secondigliano. The Genovese, Dannier and Manzi families are also on the decline, with younger clans rising to take their place.

“[The] Camorra has always had historical families but [also] new and very violent groups ready to grab power and business” said Sergio Nazzaro, an adviser to the Parliamentary Anti-Mafia Commission.

Furthermore, drug trafficking remains the bedrock of that business, sparking conversations in Italy over legal reform.

The question remains whether to legalize or not the so-called light drugs like hashish and marijuana, Nazzaro told OCCRP.

“[For some] officials in the field, there is the idea that [it may] be a solution,” he said.