Mexican authorities say they will not pursue criminal charges against former Defense Secretary, Salvador Cienfuegos Zepeda, who was arrested last year in the United States on drug trafficking and money laundering charges and later sent home to face justice under a controversial agreement with Mexico. 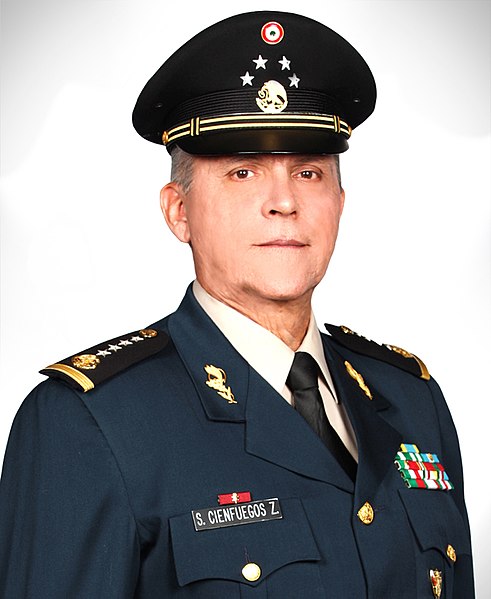 He was arrested in Los Angeles in October last year following a request of the U.S. Drug Enforcement Administration (DEA). Two months later, the U.S. dropped charges against the former official and allowed him to return to Mexico to face an investigation there.

As a self-claimed act of “transparency,” Lopez Obrador also ordered the Secretariat of Foreign Affairs to disclose DEA records against the former defense chief to prove that evidence wasn’t “solid enough.”

Additionally, Lopez Obrador said Mexico is open to receiving more information from American investigators, but insisted that his government will not tolerate “intimidation, vengeance” or “fabricated crimes.”

The United States Department of Justice expressed its disappointment with Mexico’s decision to exonerate Cienfuegos and to publicize the confidential information that was shared with local authorities.

“Publicizing such information violates the Treaty on Mutual Legal Assistance between Mexico and the US., and calls into question whether the US can continue to share information to support Mexico’s own criminal investigations,” said the DOJ in a tweeted statement.

Mexican authorities on Saturday disclosed the 700-page file containing conversations and images intercepted by DEA agents between 2015 and 2017 that allegedly involve or refer to the retired general.

According to the DOJ, Cienfuegos was suspected of shielding drug lords in exchange for bribes and was allegedly known to the cartel as “Il Padrino” or the Godfather.

In November, he returned to Mexico after the U.S. dismissed the criminal charges against him, but he was never placed under arrest.

Shortly after his return, the Mexican Senate passed a reform on the National Security Law, imposing tighter controls on foreign agents in Mexican territory.

“The passage of this legislation can only benefit the violent transnational criminal organizations and other criminals that we are jointly fighting,” Barr warned.

Before Cienfuegos’ exoneration was announced, local media reported Thursday that the Mexican government had softened the reform’s guidelines.