Romania’s Prince Paul-Phillipe al României is a wanted man in his own country after a court sentenced him to almost 3.5 years in prison for corruption. The prince was found to have been involved in the illegal restitution and then sale of land that belonged to his family before it was nationalized by the communists. 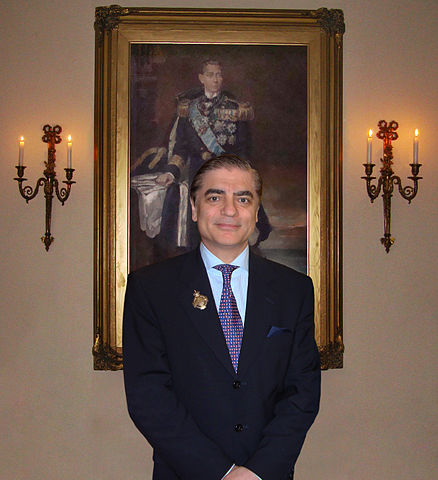 Paul's claim to be the rightful heir of the Romanian royal family is disputed. (Photo: Prince Paul of Romania, Flickr, License)When police arrived last week at his home in Romania to arrest Prince Paul, his wife Lia informed them that he was in Portugal, according to G4Media.ro.

Romania's High Court found that the scheme Prince Paul was part of had cost the Romanian state more than US$145 million.

His associates, Israelis Tal Silberstein and diamond tycoon Benny Steinmetz were found guilty for ‘the creation of an organized criminal group’ that executed the property deal between 2006 and 2008.

According to the Times of Israel, Steinmetz and Silberstein, along with a Romanian associate, Remus Truica, bribed public officials to “recover” property fraudulently claimed by Prince Paul as royal property that had been confiscated from his family when Romania’s royalty was exiled in 1947.  Though the family has been permitted to return to the country since th 1990s, Romania has not reinstituted the monarchy.

Steinmetz and Silberstein, neither of whom are in Romania, both received five year sentences, while the Romanian, Truica, received seven.

Paul’s claim to the throne is disputed, as he is the grandson of Romania’s King Carol II through a commoner, Zizi Lambrino, in a union that only lasted one year before it was annulled in 1919. He was never acknowledged by Romania’s last king, Michael I, who was the son of Carol II by his next wife, Queen Helena of Greece and Denmark. Michael I died in 2017.

Even though properties Steinmetz and Silberstein acquired were once part of a royal farm, prosecutors argued that Paul had no right to claim them as he is not considered the family’s rightful heir. Instead, Princess Margareta, the daughter of King Michael I, is considered the head of the royal house.

Nonetheless, in 2012 a Romanian court did acknowledge that Paul was still an heir of King Carol II and therefore has a claim to at least some of the royal family's fortune.