US Bill to Offer Rewards for Whistleblowers Exposing Money Laundering

A new whistleblower rewards program looks set to provide monetary compensation to individuals who help the United States Treasury or Department of Justice in uncovering high-profile cases of money laundering. 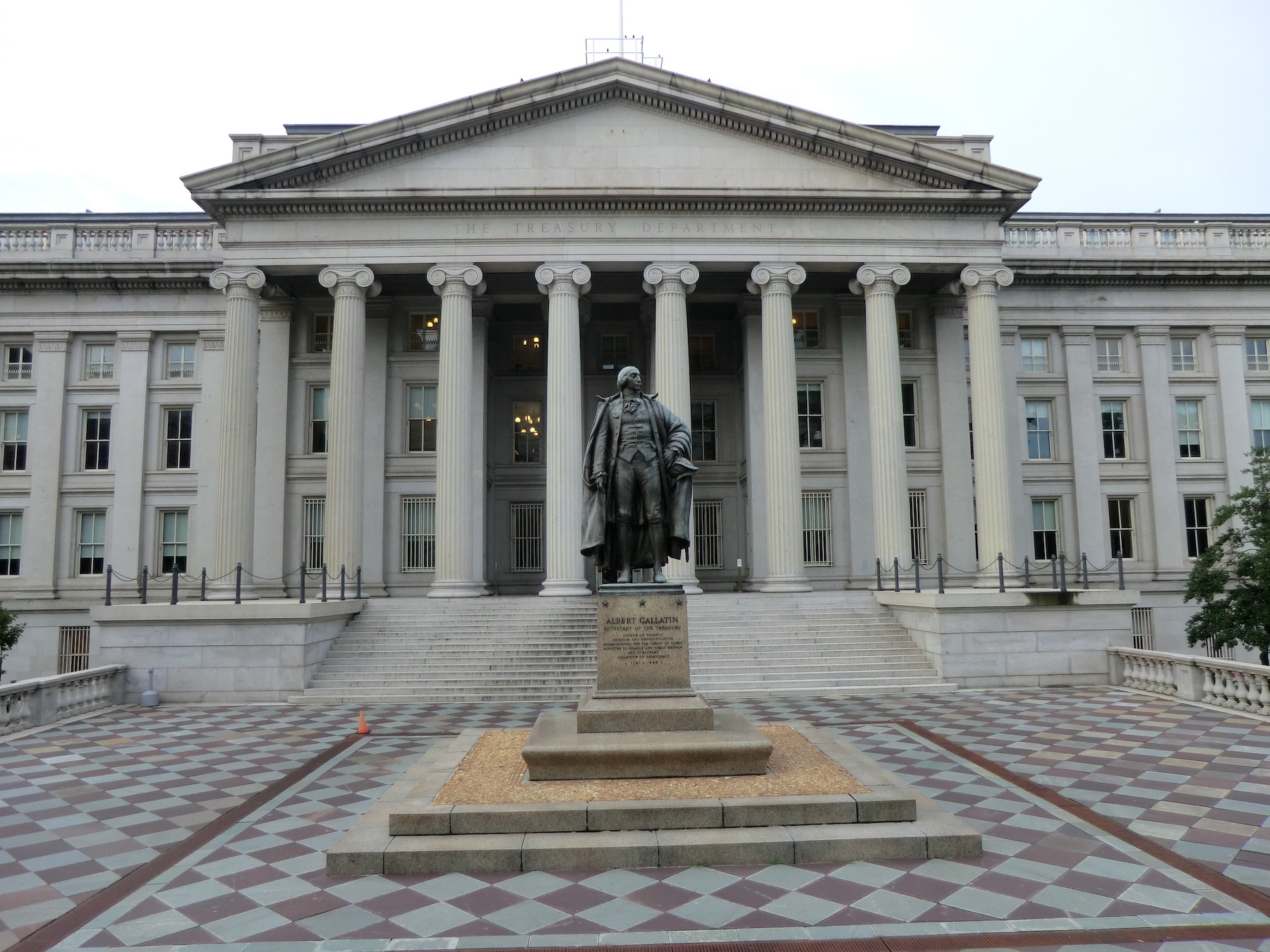 A view of the North entrance of the U.S. Treasury Building in Washington D.C. (Photo: Sealy j, Wikimedia; License)The proposed legislation is part of a larger national defense bill that recently passed through the U.S. House of Representatives and Senate by a veto-proof majority, and could be signed into law by the president before the new year.

Mary Inman, a whistleblower attorney with over two decades of experience, told OCCRP on Wednesday that this new program could potentially serve as a “real game changer in anti-money laundering enforcement.”

The program, she said, resembles the one launched in 2012 by the U.S. Securities and Exchange Commission (SEC), which has since paid out over half a billion dollars to more than 100 whistleblowers who’ve helped net the government several billion in penalties that it would not have otherwise obtained.

Just like the SEC program, any informant who provides evidence of money laundering would be afforded anonymity and legal protection, which Inman described as an essential “bullet-proof vest” for claimants who may be sitting on incriminating evidence, but who are reluctant to speak out due to fear of retribution by their employer, or potentially being blacklisted from their profession altogether.

In providing these accommodations, the new measures could help save the government several years of prosecutorial resources, Inman said, explaining that “money laundering is really hard to detect,” and, in making it as seamless as possible for whistleblowers to provide evidence, the proposed law would allow investigators more chances to get “the silver bullet that it needs, but often can’t get.”

“There’s no substitute for a well-placed insider,” Inman said, arguing that they provide evidence of fraud or money laundering that could never be detected by auditing or enforcement regulators working with the government.

Perhaps the most controversial element of U.S. whistleblower programs is the monetary payout they often provide. Former Attorney General Bill Barr, who resigned from office earlier this week, once called the SEC’s reward system an “abomination,” which he said fueled the “mercenary motives of private bounty hunters.”

While in office, however, Barr softened his tone and acknowledged the importance of providing whistleblower rewards, reportedly saying in private that his previous views had become outdated. When questioned by Congress in 2019, he promised to “diligently” enforce the program and said that he believed that it ultimately protected the American taxpayer.

Unlike the SEC’s whistleblower reward program, which promises a mandatory 10 to 30 percent reward from any fine that is ultimately recovered, the new anti-money laundering whistleblower rewards are paid out at the discretion of the Treasury Department, which could give much smaller sums to anyone willing to come forward with evidence, theoretically as low as one dollar.

While there was an initially negative reaction to such high reward payouts, Inman said that there is a growing consensus that they serve as an essential insurance mechanism for whistleblowers that assume tremendous risk in bringing forth evidence, oftentimes against their own employer.

“There’s too much uncertainty for whistleblowers as it is,” she said, adding that she did not understand the logic behind failing to provide a minimum payout that is in line with the one given out by the SEC.

“In the enacting regulations, that would be something that would need to be addressed first and foremost,” she said.

Given the interconnected nature of the global financial system, along with over US$2 trillion worth of suspicious financial transactions revealed in the FinCEN Files, Inman maintains that this new legislation will help capitalize on otherwise untapped potential to better regulate the financial sector.

The protections provided under the proposed legislation are not exclusive to whistleblowers who are U.S. citizens or residents, and the illegal conduct they report on does not necessarily have to have taken place in the U.S. for the Treasury or Department of Justice to act on evidence provided.

Inman, who works as a partner at Constantine Cannon, moved to London to launch the firm's international whistleblower practice, and said that she has found many clients in the country given its large financial services industry.

“There’s definitely a pipeline of people who want to bring this information forward,” she said.

The evolution of whistleblower reward programs has been fascinating to witness over her 25 year career, she explained, adding that as their success becomes recognized worldwide, she anticipates “a ripple effect,” where other countries, including the EU, will likely adopt similar programs.