The Council of Europe’s anti-graft group criticized Bosnia and Herzegovina (BiH) for making little progress in its fight against corruption, having implemented only a few of the group’s dozens of recommendations for increasing transparency, especially in relation to political funding. 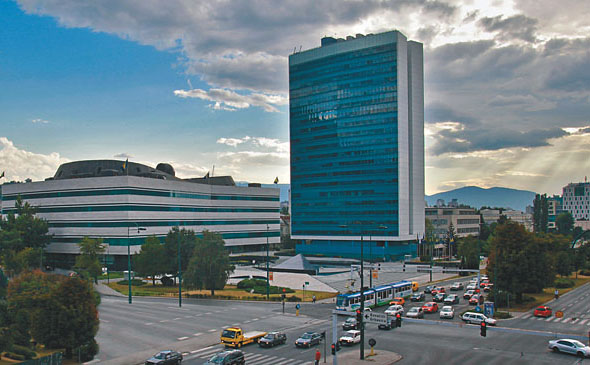 Buildings of the Parliamentary Assembly and the Council of Ministers of Bosnia and Herzegovina. (Photo: BiH Parlament)In its Third and Fourth Evaluation Rounds, published on Wednesday, the Group of States against Corruption (GRECO) noted that the Balkan country has not made any progress since the last Second Compliance Report, two years ago.

The group called on the authorities in BiH’s two semi-autonomous regions to further harmonize sanctions within the Criminal Code, so to be equal across the country.

“The authorities are urged to continue the reform process so as to provide a fully harmonized and consistent legal framework for the criminalization of corruption offences throughout the national territory,” the report read.

Speaking about political party funding, GRECO stressed its disappointment that “no progress has occurred since the Fourth Interim Compliance Report of 2017.”

“Much more needs to be done... to harmonize the complex legal framework, promote the use of the banking system for contributions to political parties and increase the financial and personnel resources allocated to the Central Election Commission for the supervision of political financing,” the group said.

Regarding corruption prevention in respect of members of parliament, judges and prosecutors, BiH “has satisfactorily implemented none of the 15 recommendations contained in the Fourth Round Evaluation Report,” according to GRECO.

The body pointed out that that a much-awaited new law on conflicts of interest among parliamentary representatives “has still not been adopted,” and that the “authorities are yet to introduce a credible and independent mechanism to prevent and solve conflicts of interest or ensure an in-depth checking of asset declarations by state-level MPs.”

Greco also criticized the fact that amendments have not yet been made to the Law on the High Judicial and Prosecutorial Council (HJPC), an independent body tasked with ensuring the maintenance of an independent, impartial and professional judiciary in the country.

Its findings follow a number of recent developments with respect to the HJPC, including the resignation of the chairman Milan Tegeltija, who has been implicated in several corruption scandals.

GRECO also warned that “no budgetary and staff analysis relating to problems of backlogs of cases has been carried out, and that the prolonged absence of any tangible measures to establish a communication policy for the judicial system remains a serious concern.”

Presenting the “Third Annual Report on Judicial Response to Corruption: The Impunity Syndrome,” less than a month ago, the world's largest security-oriented intergovernmental organization, the Organization for Security and Cooperation in Europe (OSCE), similarly warned that the judiciary in BiH has shown little progress, not least because of a documented and dramatic decline in conviction rates stemming from high-profile corruption cases when compared to previous years.

“A crisis of ethics in the BiH judiciary and the failure to ensure accountability for corruption cannot be ignored,” said Kathleen Kavalec, Head of the OSCE Mission to BiH.

She added that “re-establishing integrity, impartiality and accountability within the judiciary is a necessary precondition for a more effective judicial response to corruption.”