Prosecutors in Lebanon have charged the country’s transitional leader and three former ministers with negligently causing the death of hundreds of people, as well as injury to thousands more, after a massive explosion rocked the capital of Beirut in August. 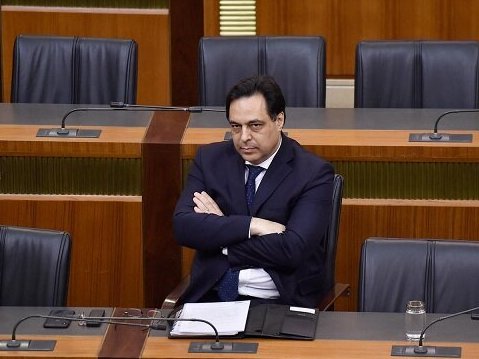 OCCRP has previously reported public outcry and a demand for answers following the blast on August 4th at a Beirut port warehouse that killed at least 135 people, injured 5,000 and left more than 200,000 homeless.

Specifically, there were calls for the government to account for how more than 2,700 tonnes of highly unstable ammonium nitrate was allowed to be stored at the centre of a densely populated city for more than six years without any adequate safety measures having been taken.

A subsequent investigation by OCCRP uncovered how government negligence and a slew of offshore connections had combined to create a ticking time bomb at the heart of Lebanon’s capital, one that would eventually result in the largest explosion witnessed by the country since the end of the civil war in 1990.

The charges have met with resistance from the accused. Hours after Sawan’s decision, Diab issued a statement through his press office accusing the judge of violating the constitution and bypassing parliament. He said that he believed his own “conscience was clear.”

As a member of parliament with close ties to Nabih Berri, the powerful speaker of the house, Khalil has meanwhile claimed that Sawan cannot question him, as a deputy party member, without the express permission of parliament.

Diab resigned a few days after the tragic incident, but has since stayed on as interim leader. In the meantime, the U.S. Treasury Department has imposed sanctions on Khalil and Finianos over allegations of corruption, as well as their alleged ties to Hezbollah.

Zoaiter was himself chief of the public works and transport ministry in 2014, during the time at which Rhosus ship, which carried the stockpile of chemicals that would go on to cause the blast, arrived in the city.